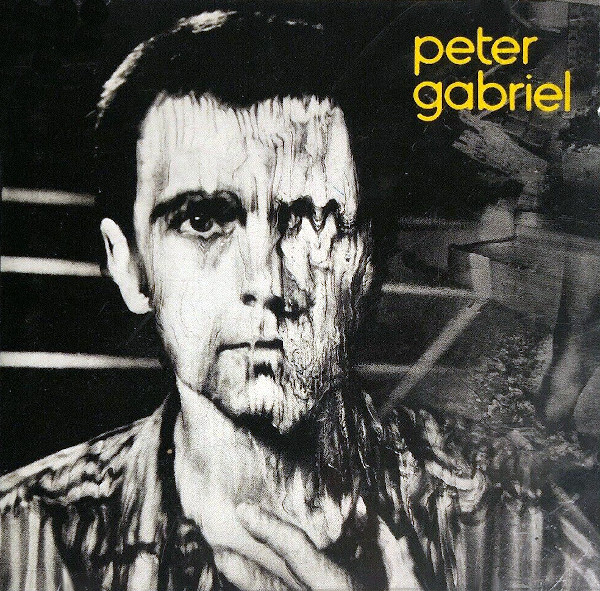 Kronomyth 3.0: You yourself are just the same as what you see in me.

You know the name, look up this number. Peter Gabriel’s third album (sometimes referred to as Peter Gabriel III) is as unconventional as his last was conventional. Exotic instruments, inventive arrangements (e.g., prohibiting the use of cymbals) and compelling character studies combine to create something unlike anything else from 1980.

Gabriel throws down the avant-garde gauntlet with the opening “Intruder,” a nightmarish song that sets the stage for a side-long study of psychoses. No sooner has Gabriel declared “I am the intruder” than we find the felon has already gone over the line in “No Self Control,” only to writhe under examination in “I Don’t Remember.” An Oswaldian allegory follows on “Family Snapshot” (beating Godley & Creme’s “Lonnie” to the punch) and everything closes in a celebration of strangeness with “…And Through The Wire” (a precursor to “I Have The Touch”).

Side two flips the perspective from the individual against society to society against the individual, “world music” in every sense of the words. “Games Without Frontiers” is a cleverly crafted pop shot at global fighting, the ugly head of prejudice roars on “Not One of Us” and the muted “Lead A Normal Life” rattles in its prison. It’s all leading up to the closing “Biko” (or so it would seem): a larger-than-life ode to Stephen Biko that somehow turns social injustice into a sublime song of martyrdom.

For the first time since Lamb, Peter Gabriel was back to pushing envelopes. The album re-affirmed the singer as one of rock’s leading visionaries and ranked among the year’s best efforts (alongside Remain In Light, Scary Monsters and Vienna). More important, it established a workable idiom for Peter Gabriel the solo artist, one he would fine tune over the years but never really abandon. In an interesting move, Gabriel re-recorded the vocals for the entire album in German and released it as Ein Deutsches Album.

All songs written by Peter Gabriel.