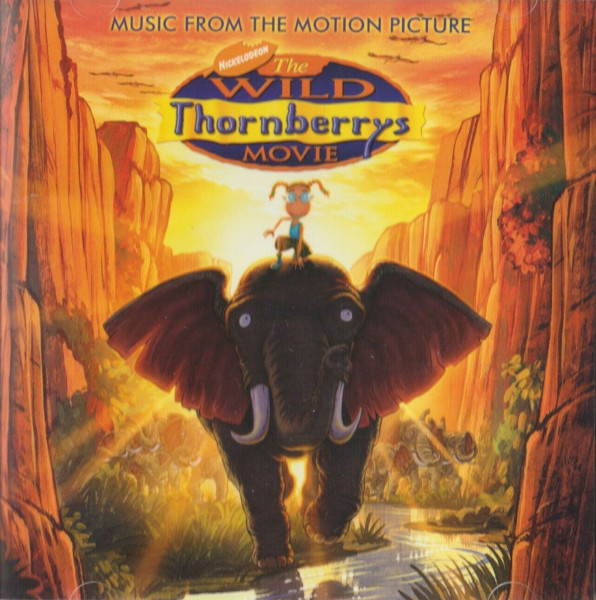 A smashing collection of Afropop from the motion picture based on the animated series.

Kronomyth 14.5: A father and daughter reunion is only a motion picture away.

I was in my 30s when animated series like Rugrats and The Wild Thornberrys came out, so I wasn’t an avid watcher. Duckman, well, that was another story. It was clear, however, that the Klasky Csupo productions had a pretty impressive musical Rolodex: Dweezil Zappa (Duckman), Mark Mothersbaugh (Rugrats) and, of course, Tim Curry and Flea as Nigel and Donnie Thornberry. So, when the Thornberrys series made the leap to the big screen, it wasn’t a complete surprise that they put together an all-star roster for the soundtrack.

I did watch The Wild Thornberrys Movie on television and thought it was well done. The soundtrack took advantage of the African setting with Afropop music from Paul Simon, Peter Gabriel, Angelique Kidjo, Hugh Masekela, Youssou N’Dour and others. Simon’s Father and Daughter even received an Academy Award nomination for Best Original Song.

Movie soundtracks are often unholy alliances between entertainment and promotion, and The Wild Thornberrys Movie soundtrack has its share of both. On the entertainment side, both Simon’s song and Gabriel’s Animal Nation belong with their better work. (The O2 remix of Shaking the Tree with Shaggy is best forgotten.) Kidjo’s Iwoya (featuring Dave Matthews) is also a ray of sunshine. N’Dour’s Don’t Walk Away (with just a little bit of Sting in it), Las Hijas del Sol’s Africa and (to my surprise) Baha Men’s Accident are also nice additions. The other songs are the reasons why CD players have skip buttons.

A few years after the movie’s release, Simon recorded another version of “Father and Daughter” and had a minor hit with it. To my knowledge, however, “Animal Nation” and The Pretenders’ version of Get Out of London are unique to this record. The inclusion of original material makes this soundtrack more collectible than some, to my mind anyway, and serves as a nice sampler of Afropop (plus some frankly bland ska, pop and hip hop).