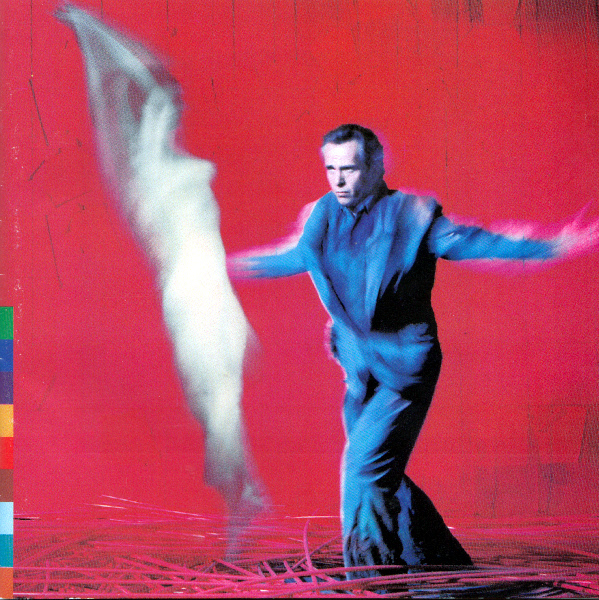 Not quite the coming out party of his last record, Gabriel balances his interests in world ambient music with pop.

The atmospheric, understated Us may have come as a disappointment to some following the upbeat So, but anyone who picked up Passion will anticipate its mix-heavy melange of third-world sounds and electronic effects. Coproduced by Daniel Lanois, Us did feature a few singles that sought to re-cultivate the same audience as So: “Kiss That Frog,” “Digging in the Dirt” and especially “Steam.” And more groundbreaking videos were in the offing for each, giving the impression that little had changed over the years.

And yet much had changed. Peter Gabriel had divorced his wife, lost his latest muse (the actress Rosanna Arquette) and seems to have plumbed the experience to its depths in a post-mortem examination. More indicative of Us are the moments when Gabriel exposes his wounds, such as “Love To Be Loved,” “Secret World” and “Blood of Eden” (one of several tracks to reference Adam and Eve as aliases for the parties involved). The album does take time to appreciate, slowly working its way under the skin with subtle melodies and exotic soundscapes.

Although Passion and So are the albums most like it, Us does recall Peter Gabriel II at times; “Washing of the Water,” for example, is kin to tracks such as “Flotsam and Jetsam” and “Indigo.” Building on his musical alliances with alternative rock’s leading ladies, Gabriel here enlists the help of Sinead O’Connor on backing vocals, who makes an impression out of the gate with her distinctive voice on “Come Talk To Me.” Other notable collaborators include Brian Eno (credited with “extra brainstorming”), Peter Hammill, John Paul Jones and William Orbit. Lanois and Eno were coming off the hugely successful Achtung Baby, and the pair had developed a readily identifiable sound that you’ll hear immediately on “Only Us.” Yet the record is audibly the work of Gabriel at every turn.

The decision not to capitalize on the success of So must have confounded his label, and six years between proper albums tested the reasonable limits of patience. There’s no grousing about the quality of the material here, however. Us is a work of art, painstakingly crafted—in fact, you could say that pain is the primary creative force here, though filtered through the lens of Gabriel’s growing interests in world music.

All tracks written by Peter Gabriel.