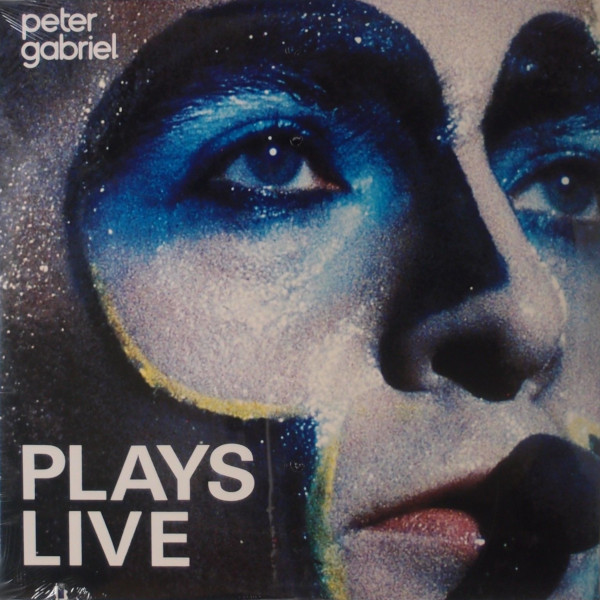 [Kronomyth 5.0]
There’s Security in These Numbers.

While the journey from one to four had been bumpy, Peter Gabriel smoothed it all together beautifully for the 1982 tour, captured on the specially priced double album, Peter Gabriel Plays Live. That the touring band is exactly the same as the studio band is no small thing; they capture the nuances of the originals in pristine detail (some post-doctoring is confessed to) while managing to breathe new life into the material from Security (even as some air escapes from the pressurized third album). If the hair on the back of your neck isn’t standing up after “The Rhythm of the Heat,” then you probably have less hair on your neck then I do, and I suppose I envy you a little for that. I would tell you that “The Rhythm of the Heat,” “San Jacinto” and “I Have The Touch” have never sounded so good as they do on stage, and I’m not a fan of live music in general. Sadly, it appears that no one had the foresight to create a visual document of the concerts, and so no treasured keepsake like Kate Bush’s Live at Hammersmith Odeon exists. Oddly, I was miffed when Plays Live was first released, since it wasn’t what I wanted (i.e., a new studio album). What I missed in my miffage was the fact that Plays Live played an ever more important role; it finally reconciled the past with the present. On here, “Humdrum,” “On The Air” and “D.I.Y.” hold their own alongside mature compositions such as “I Don’t Remember” and “Family Snapshot.” If you were to approach Gabriel’s solo work for the first time, Plays Live offers the perfect vantage point to admire everything, with the caveat that his third album is best experienced in its original studio form. The original versions of “Solsbury Hill” and “Shock The Monkey” may be too entrenched in memory to displace (for that reason, I’m actually thankful that “Games Withour Frontiers” wasn’t included here), but in many cases Gabriel and his band improve upon the originals. On Plays Live, Gabriel re-affirms his place as a live performer with few peers and manages to give his catalog a fine spit-and-polish in the bargain.

Words and music by Peter Gabriel.