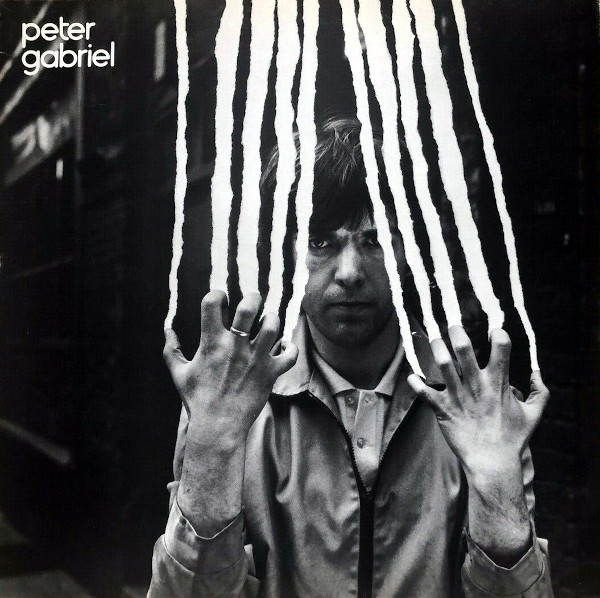 Scratching at greatness, this is a study in light and dark featuring modern rock songs and achingly sad songs too.

Kronomyth 2.0: Stepping one beyond your show.

Peter Gabriel the protean pop star brought a trunk full of baggage on the first album, in anticipation of an adventure with Bob Ezrin that never arrived. Remarkably, it’s Robert Fripp who reins him in on his second album. Even though this isn’t the best (or second-best) Peter Gabriel album, it is the one I listen to most often. Maybe that’s because it doesn’t require the attention of his later album. Or maybe it’s because Gabriel never sounded so energized by his own music again.

The adventure begins with On The Air, another character study that could be a reference to Gabriel’s adopted role as a pop revolutionary in a postmodern world of garbage. It’s an amazingly clever song, handled a bit roughly by Fripp’s buzzy production, but Gabriel gives it everything he’s got. The album’s other potential hit, D.I.Y., packages the same oddball vocalizations into a more succinct package (Gabriel brings different voices into many of these songs as though he’s writing a play in his head, a device he used earlier with Genesis). In breathtaking succession, the gorgeous Mother of Violence arrives right on cue and literally stops the listener in their tracks. Over a long career, this might be my favorite Peter Gabriel song, and it’s surprises like these that keep me coming back to Gabriel’s second. The tone shifts to one of lightness for the cranky, catchy A Wonderful Day in a One-Way World (it’s actually darker than it initially lets on) and closes with the wonderfully produced White Shadow.

Side two opens with Indigo, one of several sad, introspective songs on here that rattle around in your head and heart long after the album is over. Track placement plays an important role on this album, and one need look no further than the juxtaposition of the downbeat “Indigo” and the upbeat Animal Magic to appreciate the contrast. What impresses me most about this album is the artful balance of achingly sad music and energized modern rock music. You can almost hear a kind of sad/happy/sad simplicity at work in its structure. Exposure is Fripp bleeding into the music and hints at the sophisticated music to come. You’ll hear a better version of this (and a brilliant version of “Here Comes The Flood”) on Fripp’s own album, Exposure. Flotsam and Jetsam is probably as close as Gabriel has come to writing a Phil Collins song (it always reminds me of Collins’ “The Roof Is Leaking”). Although short, there’s no contest as to who the winner is. Perspective returns to rock & roll, and here seems a good place to point out how fortunate Gabriel was to encounter Fripp during his “commercial rock” phase, which found him playing with David Bowie, Darryl Hall, Talking Heads and The Roches before reconstituting King Crimson. Like his first album, Peter Gabriel II closes with the saddest song, Home Sweet Home. Not even “Biko” moves me the way this song does.

I guess it all comes down to a box of chocolates. You don’t know what you’re going to get next on Peter Gabriel II, but it’s all milk chocolates and chewy nougats with no dark chocolate orange creams (e.g., “Waiting for the Big One”) in the box. Second albums are often a good source of music as artists find their own voice and focus. You have the sense here that Gabriel recognized he didn’t need costumed arrangements to create compelling stories. The vocals and lyrics speak for themselves on Peter Gabriel II, and silenced any who might have wondered why he wandered over the hill in the first place.