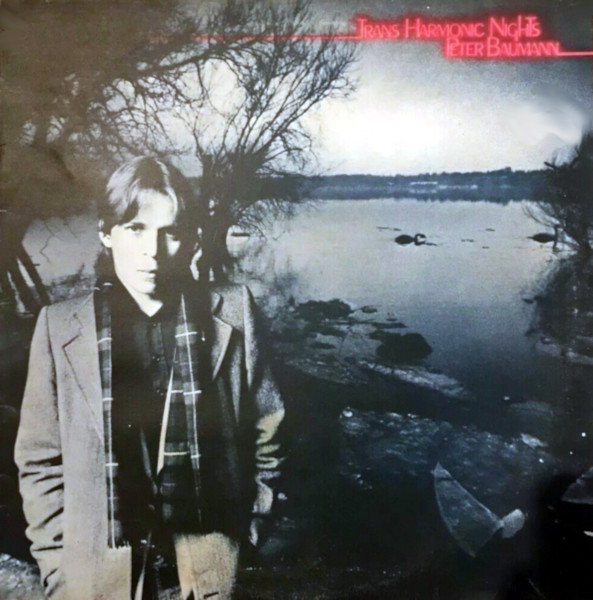 A more accessible, melodic record than the first, in line with the later (c.1985) Tangerine Dream albums.

Peter Baumann, it turns out, is something of an electronic romantic. His first album was titled Romance ’76, his second album is dedicated to romance. Now, you may not associate electronic music with romance, but Baumann certainly does. So did Vangelis, Jean-Michel Jarre and Kitaro. Baumann clearly isn’t alone on this point, although it must have felt pretty lonely being the lone romantic in a band of science-fictional sonic spelunkers.

Trans Harmonic Nights is a further shift away from the heavy music of Tangerine Dream as Baumann continues to approach the melodic, minimalist music of Cluster, Kraftwerk, Jarre, etc. In fact, you could see Baumann’s brief solo career as a gradual moving away from TD’s remoteness toward warm, romantic electronic music. That’s not to suggest anything on Baumann’s second album is in league with Human League, Ultravox or the new romantic movement (at least not yet). Rather, it’s a refinement of the ideas espoused on the first side of Romance ’76: simple electronic sounds are built up in layers and infused with humanity and jollity.

This Day introduces some of the elements that will appear throughout the album: heavily treated vocals, simple layers and an almost lullaby-like foundation. Particularly in the use of vocals, you get the sense that Baumann is trying to make a more human connection with his audience. White Bench and Black Beach is similar in design, slow and soothing in its own, strangely luminous way. Chasing The Dream recalls the sound of Tangerine Dream but, say, five years into the future, and shows that Baumann is more than capable of creating TD soundalikes. Biking Up The Strand feels like an electronic waltz, and shows that Baumann’s work is still at least partially grounded in classical structures, even as he streamlines the arrangements down to simple tracks.

Phaseday is a bright and hopeful entry, a kind of antidote to TD’s murky vision of alien soundscapes. Meridian Moorland, by contrast, is probably the album’s darkest entry and feels uncannily familiar. Maybe part of it appeared in an earlier Tangerine Dream song? The Third Site features a manic pattern similar to Cluster’s more agitated songs, and Baumann closes the record with his most classically inspired piece on the album, Dance At Dawn, which prominently features horns and drums.

The critical reaction to Trans Harmonic Nights is more or less “meh.” And I’ll concede that it’s less impressive and substantive than a Force Majeuere or Tangram or even a Stuntman. But those were all great albums, and Trans Harmonic Nights is at least a good album. If you had to grit your teeth through Equinoxe then, yes, it’s probably going to be a long night. Personally, I think there’s an electronic efficacy to melody and simplicity. I also think that only pretentious turds use words like “efficacy,” and thus you see the paradox I’m in.

All titles by Peter Baumann.