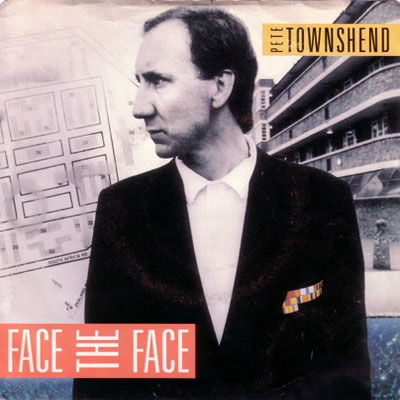 This turned out to be one of the biggest hits of Pete’s solo career, from one of Pete’s best solo records (White City). The single version is edited from the elpee, shaving off some of the jazzy intro. The lyrics would seem to deal with the familiar theme of self-improvement; what’s different here is the music. It didn’t really hit me until I saw a live performance of this song that Pete had conceived this song as a rock update of big band jazz. As such, it’s probably as close as he has come to sounding like Joe Jackson. The flip side is my favorite track from White City, “Hiding Out,” which is Pete’s take on the brief high life revival popularized by Paul Simon, Peter Gabriel and Steve Winwood. A 12-inch single includes a live version of “Won’t Get Fooled Again” from Pete’s ambitious (and undoubtedly expensive) Deep End, while an Atlantic Oldies Series reissue reconciles the A side with “Give Blood.”