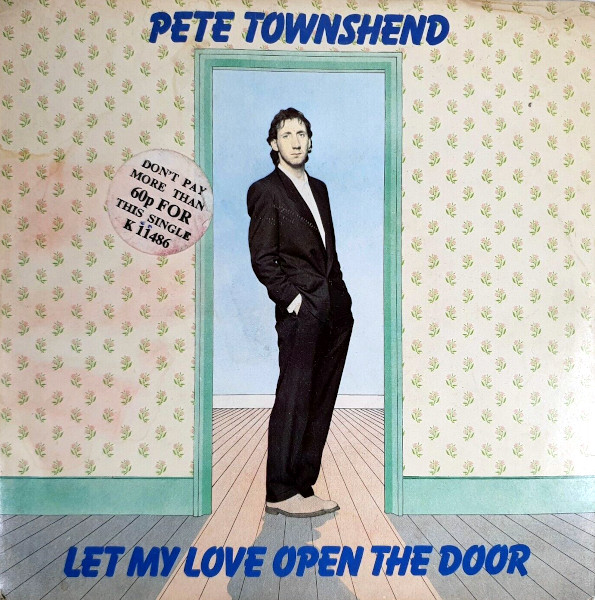 The second single from Townshend’s first serious solo album shows his glass was anything but empty.

This is to many the most popular song in Pete Townshend’s personal catalog, and his only solo Top 10 single to date. Let My Love Open the Door deals with the teachings of Meher Baba if memory serves. The US flip side, And I Moved, is purportedly about Pete’s own homoerotic conflict (let my love open the backdoor, I suppose). This is why I generally don’t do a lot of digging into the composer’s intent (well, that and laziness).

The UK single featured two nonalbum tracks. Classified is a simple song that builds up over time, although it still feels unfinished. It’s exactly the sort of treat you’d hope to find on Townshend’s Scoop. Probably the less you know about Greyhound Girl, the better. It was originally intended for the Lifehouse project.

7-inch single reissue (Atlantic Oldies Series)
A1. Let My Love Open The Door
B1. A Little Is Enough