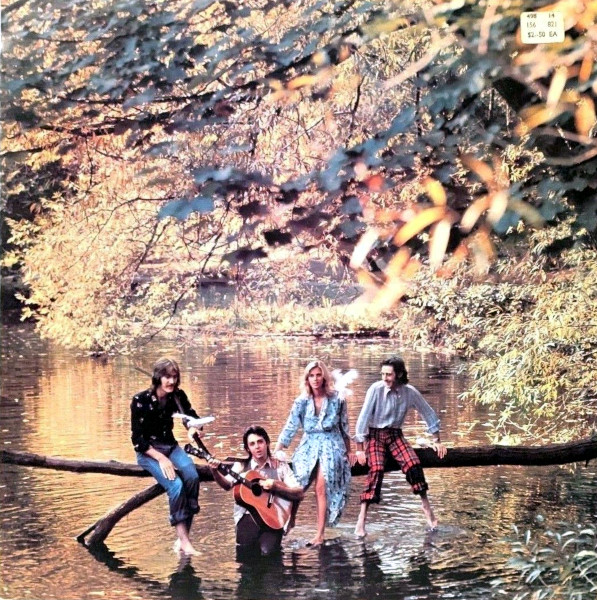 If you can’t soar with The Beatles, call your band Wings and release a turkey.

Kronomyth 3.0: The wedding albumen (the yolk’s on you).

Paul didn’t release an album of country songs, sitar music or primal scream therapy, but he did release this piece of crap. Like Ram before it, the songs on Wild Life are credited to Paul and Linda McCartney, only this time I believe it. Looking back, it’s a wonder Wings ever got off the ground after this inauspicious start.

The group doesn’t line up much different than the last McCartney record, with Denny Seiwell returning on drums and Denny Laine joining on guitar. But where Paul’s first two records suggested a surplus of ideas from The Beatles’ days, nothing on Wild Life seems so premeditated. From the sound of things, the wine flowed freely, and the songwriting process consisted of a keyboard line from Linda embellished with a melody from Paul.

Some critics have likened this to an audition, others to a garage jam. Certainly, it’s an informal affair. “Mumbo” (which likely takes its name from Paul’s mumbling) makes “Three Legs” from Ram sound polished. “Bip Bop” is as good as it sounds. A cover of “Love Is Strange” at least feels like a serious audition, and as unguarded moments go isn’t an embarrassment. “Wild Life” is far and away the highlight of side one, a pro-animal rights song that smolders with some of Abbey Road’s intensity (think a lighter version of “She’s So Heavy”). A breezy, twangy performance on “Some People Never Know” suggests Nashville Skyline-era Dylan and could be seen as one of Wild Life’s more interesting animals. It’s a short-lived sobriety, however, as Wings wobbles through throwaway melodies on “I Am Your Singer” (I’m guessing it took a lot of restraint not to touch the volume knobs when Linda sang), “Tomorrow” and “Dear Friend.” In between are a pair of uncredited tidbits that reprise the melodies from “Mumbo” (on acoustic guitar) and “Bip Bop.”

It’s important to note that Wild Life isn’t just a cut below Paul’s usual work–it’s a cut below his worst work. Red Rose Speedway sounds like Band on the Freakin’ Run next to this album. I know I just lit into Pipes of Peace, but Wild Life is truly the last Paul McCartney album you need to own. Of course, every Beatle has some meatless skeleton in their closet: George’s early electronic albums, John’s sound collages with Yoko and Ringo’s, well, most of Ringo’s stuff actually. I might concede Wild Life the upper hand in that Zoo of the Damned, but I’d be careful about feeding that impulse.

All songs written by Paul and Linda McCartney unless noted.