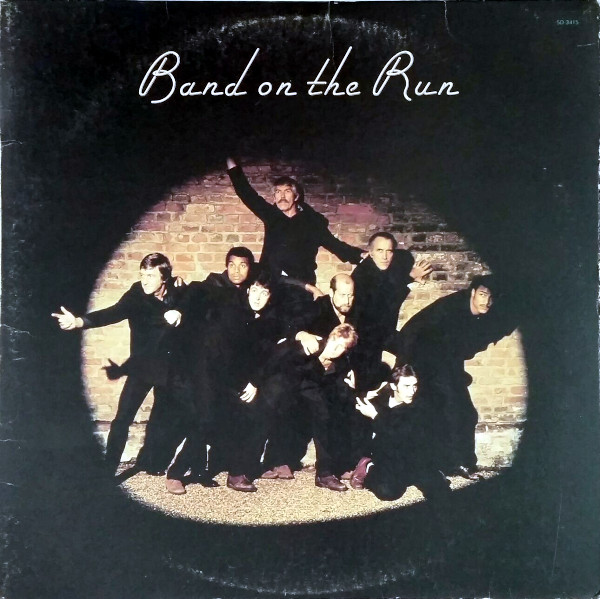 Paul travels to Africa to find his mojo and finally releases an album that sounds like a proper followup to the Fab Four.

Wings travelled to Nigeria to record Band On The Run. Unlike other McCartney albums, which were recorded in less inhospitable locations where the biggest discussion between band members likely revolved around whose turn it was to be pulled in the inner tube, Wings were basically stuck inside those four studio walls. It forced them to finish what they started, and the resulting record finally sounded like the polished studio product that everyone knew Paul capable of.

Many have likened it to The Beatles, and it’s true that Band On The Run is Paul’s best record since leaving that band, but comparing this to Abbey Road or the white album isn’t particularly helpful. It is worth noting, however, that the stinging guitar work of Denny Laine sounds so much like George Harrison in spots that it’s almost like George never left. “No Words” and “Mrs Vanderbilt” even sound like George Harrison songs. The likely culprit for this was the sense of social responsibility that stemmed from being in Nigeria. The opening track seems to draws its inspiration from their travels, while “Mamunia” reflects a renewed appreciation for what they left behind.

Of course, I have no idea how much time they actually spent among the Nigerian people; the inner sleeve suggests at least enough time for a photo opp (there’s a Meet Wings Free! joke in there for the taking), and it seems unlikely that you could live in Nigeria without being cognizant of the culture. The songs themselves are at their heart no better than before; it’s the attention to detail after the songs were written that make them sparkle. Adding synthesizers to “Band On The Run” to give it atmosphere, ensuring that “Let Me Roll It” has the right presence, and embellishing “Mrs Vanderbilt” with some of the old Beatles magic are what put this album on a pedestal. There are also some very good songs on here: “Jet,” “Bluebird” and “Helen Wheels” (which apparently does not appear on the original UK release) would have worked in any setting. Like all the tracks on Band, they’re played (and sung) with passion, something Paul otherwise invoked only sparingly. Of interest, Paul apparently plays the drums here as well without ill effect, though Ringo he’s not.

All selections composed by Paul McCartney unless noted.
*B3 does not appear on UK elpee release.