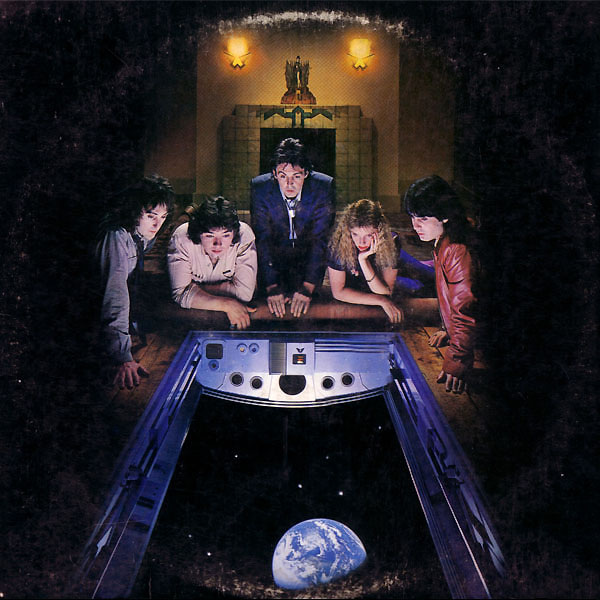 Out of the frying pan and into retire, which kind of came out of the blue.

The Salamander, so seldom mentioned in song, smiles at the thought of the last Wings album. Here on lonely Kronomyth 11.0, at the end of the winged planets, the Salamander lies curled around an eternal flame. It looks like a cold planet, but those who come to the Egg know otherwise. There are bright treasures here for the taking: “Getting Closer,” “Arrow Through Me,” “To You.” Maybe not the many-ringed wonder of Band, but clearly part of the same solar system that housed Venus + Mars and London Town.

Coproduced by Chris Thomas, who had played keyboards on The Beatles’ White Album and produced albums by Roxy Music and the Sex Pistols, Back To The Egg is the most modern and edgy of the Wings albums. Some of the spoken media/music mixes directly suggest Robert Fripp’s Exposure, while tracks like “Old Siam, Sir” and “Spin It On” are tightly wound enough to qualify as new wave. The knock on Egg is that it’s all a bit scrambled: disco, rock, new wave, pop and old tymie music. New recruits Juber and Holly suggested a new beginning, but the star-studded Rockestra lineup (John Bonham, John Paul Jones, Pete Townshend, Dave Gilmour, etc.) smacked of a final fling. The latter turned out to be the case when McCartney II cropped up the following year.

Though bomb threats were cited for the band’s demise, the songs tell a different story; Denny Laine’s “Again And Again And Again” is the only thing that separates this from being a Paul McCartney solo album. It’s fleshed out, funky, a neptuneful follow-up to V+M’s mix of melodies and medleys. Not the first place you should visit, but not a cold outpost either.

A1. Reception
A2. Getting Closer
A3. We’re Open Tonight
A4. Spit It On
A5. Again And Again And Again (Denny Laine)
A6. Old Siam, Sir
A7. Arrow Through Me
B1. Rockestra Theme
B2. To You
B3. After The Ball/Million Miles
B4. Winter Rose/Love Awake
B5. The Broadcast (music by Paul McCartney, spoken words by Ian Hay/John Galsworthy)
B6. So Glad To See You Here
B7. Baby’s Request