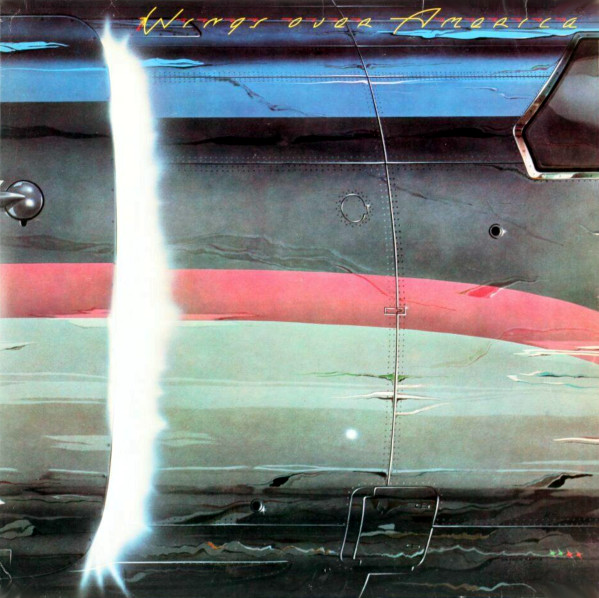 Frampton comes alive, McCartney comes to America and brings an extra elpee’s worth of Beatles songs with him.

Kronomyth 8.0: Fancy a bit of rock and roll?

You might as well bury me with this album, so perfectly does it capture the folly of my life and its misplaced belief in music. And what is life but a chasing after folly? I believed in Santa Claus until I couldn’t anymore. Then I believed in the Monkees until I couldn’t anymore. But the belief that The Beatles were special persisted, as though any one of them were capable at any moment of stepping through the animated cells of Pepperland and conquering the world’s ugliness with a well-turned melody. I suppose it’s the same thing that makes me cry at the end of A Christmas Carol, for what is Scrooge’s conversion but the promise of salvation in a single stroke after a life mislived?

Now, I know that Wings Over America is a mere moneygrab. But to quote a very wise man, people say that love is blind (where deafness would have been a kindness, but that’s just one of life’s cruel twists). Yes, it lingers too long on his last two records. I doubt anyone was dying to hear “Medicine Jar” or “Beware My Love” performed live. But many of us had waited years to hear “Yesterday,” “Blackbird,” “My Love” and “Maybe I’m Amazed” performed live. You also won’t hear me complain about the appearance of treasured keepsakes such as “Call Me Back Again” or “You Gave Me The Answer.”

As for the performances, they’re generally good. I’m not much for live recordings as a rule, and I don’t hear where the band adds any insight to the originals. There are a few half-hearted guitar solos (Jimmy McCulloch was third in line for the limelight) and the occasional embellished fill from Joe English. The concerts also included a few surprises (to me, anyway) beyond The Beatles’ bits: a cover of Paul Simon’s “Richard Cory” (go read the poem instead), “Soily” (a concert favorite that hadn’t appeared on any album until now) and Denny Laine’s first big break, “Go Now,” originally recorded with The Moody Blues.

Maybe you have a saturation point for Paul McCartney, in which case Wings Over America is overdone. But I still believe that any one of these songs could save the world. Well, maybe not “Magneto And Titanium Man,” but when a “Live And Let Die” or “Yesterday” plays, the world stops long enough for me to shake my gaze from the squalid collection of misused minutes that constitute my life and glimpse the ideal. Which is probably more than you needed to know, but two hours of Wings’ music was probably more than you bargained for too.