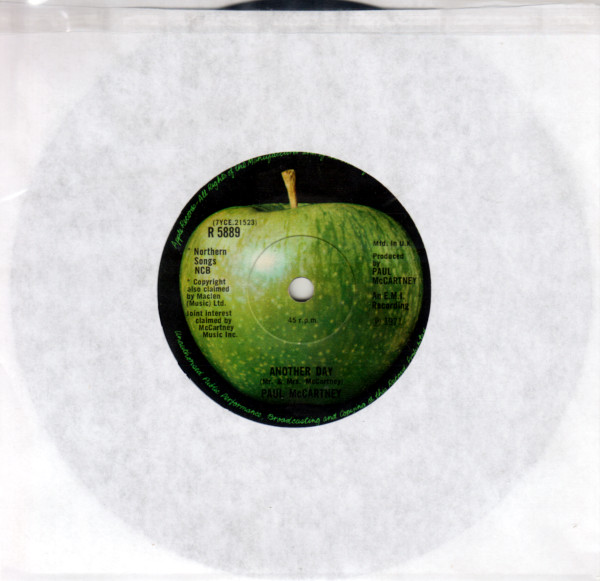 Maybe his first album would have been amazing if he’d included this on it instead of saving it for a single.

Kronomyth 1.1: Another day, another dollop of that McCartney magic.

Recorded during the sessions for McCartney, this would have handily been the album’s standout track. Instead, it was released a few months later as a standalone single with “Oh Woman, Oh Why” on the flip side. “Another Day” is actually two melodies fused together; not quite the patchwork masterpiece of “Uncle Albert/Admiral Halsey,” but pretty close in effect. As others have pointed out, this is one of Paul McCartney’s lonely hearts songs, which would include “Eleanor Rigby,” “For No One” and “Fool On The Hill.” The song is credited to “Mr. and Mrs. McCartney”—a dig at John and Yoko, perhaps?

Given the interest in McCartney and The Beatles, pundits have pored over the B side and hailed it as one of his heaviest tracks, but it’s honestly as underbaked as what turned up on Wild Life. The story of a woman who shoots her man, complete with gunshots, it’s an unsettling song. As the first proper Paul McCartney post-Beatles single, “Another Day” was a worldwide hit. In 2012, the single was re-issued as part of the Record Store Day promotion.

Multiple variations of the US Apple single exist, in no particular order with: