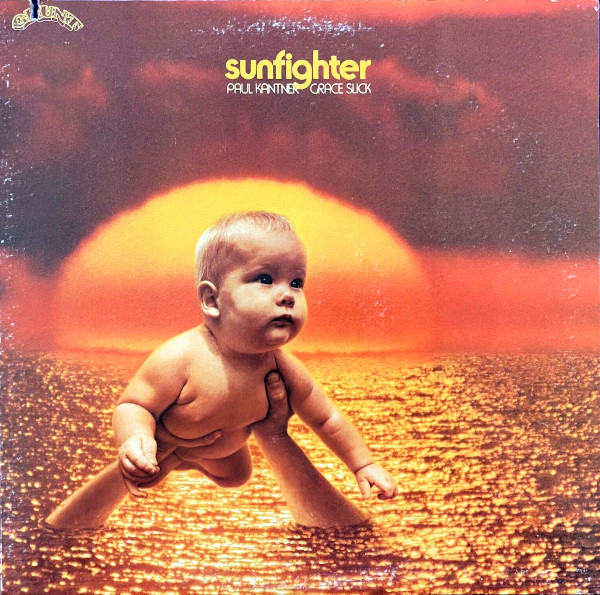 The album that proves being born with a Silver Spoon in your mouth isn’t always a good thing.

Kronomyth 2.0: Mommy was a witch, Daddy was a wolf.

I don’t believe rock & roll is inherently evil, but any album that opens with a cannibal feast, well, that’s some pretty obvious evil. Sunfighter is a rejection of the light. Grace Slick’s opening “Silver Spoon” makes Shakespeare’s witches sound like candy stripers. Paul Kantner shape-shifts into wolf form for “When I Was A Boy I Watched The Wolves” and “Holding Together.” You knew that Grace and Paul weren’t going to get the Good Housekeeping seal of approval as new parents, yet they seem hell bent on stirring the cauldron with these songs. You don’t have to look any further than “Look At The Wood” to see where they stand in the battle of good and evil.

I enjoyed Blows Against The Empire a lot. Bark too. Surely, the bite of “Silver Spoon” is worse than its bark. The rest of the record, however, lacks the strong concept of the one and the strong material of the other. Initially, I thought this might be a concept album, which took me down strange avenues. Years ago, an irritable reader pointed out that I was lost in my review (and basically told me where I could go). Maybe I’ve never forgiven Sunfighter for making me feel foolish. I returned here wanting to find something good to say about this record, convinced that, after their last record together, Paul Kantner and Grace Slick were taking the Airplane to new heights of social consciousness. Instead, this is a dark album that feels like outtakes from their last two efforts.

Empire sang of a brighter future, Sunfighter sings of a savage, supernatural present. Maybe they were trying to fashion new gods for a new world, or reviving the old gods to replace the fat, happy, American gods of hearth and hopeful optimism. Or maybe I’m just drifting off into strange waters again, on due course for a second comeuppance. Given the amount of talent involved, Sunfighter should have more to show for itself. Kantner and Slick are incapable of not being interesting; they’re also capable of being better than this.

Original 8-track version
A1. Silver Spoon
A2. Look at the Wood
A3. Titanic
B1. Diana
B2. Sunfighter
B3. When I Was a Boy I Watched the Wolves
C1. Million
C2. China
C3. Earth Mother
D1. Diana 2
D2. Universal Copernican Mumbles
D3. Holding Together