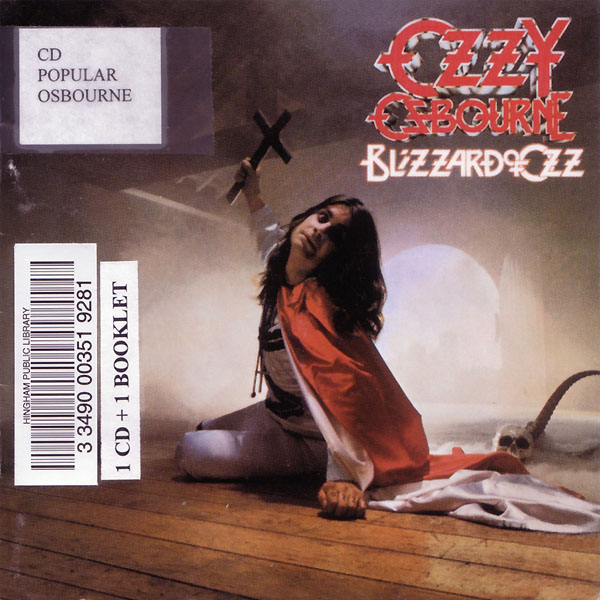 All rhoads lead to ozzy on this classic solo debut from the former Sabbath singer.

I never thaw it coming: Ozzy Osbourne emerging from his pixilated winter to unleash one of the most awesome metal albums of all time. Sure, he lucked into an incredible guitarist, manager, et cetera. The man has more luck than a rabbit and more lives than a cat. But there comes a point at which a reasonable mind has to admit that no one can be that lucky, and Blizzard of Ozz was that point for me. Every song on here, minus maybe “No Bone Movies,” is absolutely classic.

It begins with a powerful refutation of power, “I Don’t Know,” then careens into “Crazy Train” and by the time the romantic “Goodbye To Romance” rolls around, your thumb and index finger will be stained in butane. Ozzy’s opus uno also includes the infamous “Suicide Solution” and “Mr. Crowley,” the latter one of the best gothic metal songs, period. And on the closing pair of “Revelation” and “Steal Away,” Ozzy becomes metal-prog Oggy for ten minutes of bliss.

For a time, all Rhoads led to Randy as the real wizard of Ozz, and he certainly does surpass anything in the canon on “Crazy Train,” but the fact that Ozzy still manages to outshine his hired golden boy says all you need to know about the true Blizzard king. Of course, credit also goes to Bob Daisley and Lee Kerslake, or did until Ozzy and Sharon stripped the pair from the past in 2002 with a remixed version that featured the then-current rhythm section of Robert Trujillo and Mike Bordin playing their parts. They even removed Daisley from the back cover album artwork, so deep was their disenchantment with the pair’s lawsuit against the Osbournes for royalty recognition.

In my opinion, the 2002 remix/remaster is an abomination, in all ways inferior to the original. The addition of the nonalbum B side “You Lookin’ At Me Lookin’ At You” isn’t enough to make me look the other way, either. If you’re really interested in Blizzard of Ozz, pick up the 1995 remaster and just ignore the shitstorm that followed.

All songs written by Ozzy Osbourne, Bob Daisley and Randy Rhoads unless noted.