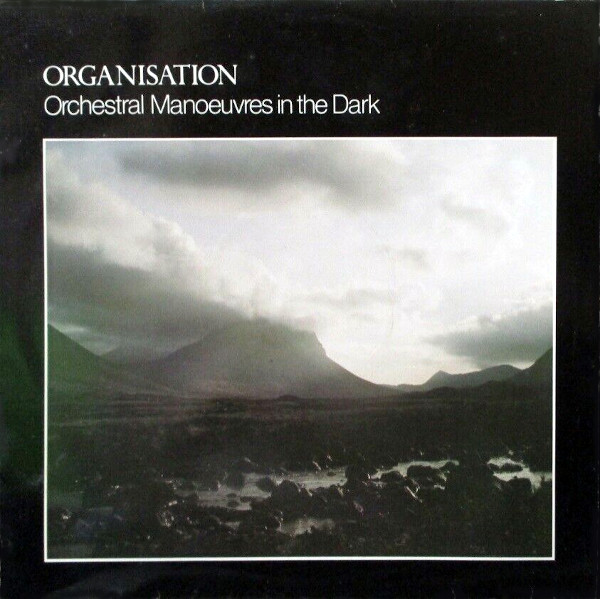 This is the band’s goth album, sort of: a moody, atmospheric record that found the band eschewing melody in favor of melancholy.

OMD’s second album is a dark, somber affair, which has occasioned more than one critic to dismiss it as a sophomore slump. I’ll concede that it is a bit OMDpressing, but so was Vienna. Co-produced by Mike Howlett (ex-Gong), the album is in some ways a refinement of their approach as Andy McCluskey, Paul Humphreys and Malcolm Holmes focus on sounds, textures and patterns. The sum effect does feel underdone, but I don’t know if that’s because the band didn’t have the time to develop their songs or simply short-circuited the development process in favor of creating a specific mood/feel. It is a moody album, and that’s clearly by design.

The opening “Enola Gay” is the brightest star in this collection, a fitting followup to “Electricity” that somehow manages to turn a song about nuclear destruction into a love song. Nothing else on Organisation approaches it; Paul Humphreys’ “Promise” is the next closest thing to a single. The remaining six songs are gloomy expressions of man and machine mixed together. There’s a wistfulness in this music that seems to take its cue from “Enola Gay,” as though McCluskey and Humphreys were living in a world they couldn’t change, and so accepted it with a resigned sadness. It is a sad record too.

So what do we do with this sad, moody record? It was easily enough avoided in my home country (the United States of A**kicking), being a pricey import, while the miserable English vaunted it into the Top 10. It’s an intriguing record, as electronic music was still a novel concept, and OMD was clearly pushing the fringes of the medium’s frontier on these early albums. The problem is, the group lacked the numbers and the musicianship to make a proper go of it. The band’s palette consisted of synthesizers, bass and drums, and they only had one good vocalist (McCluskey). Organisation has its limitations. It also has a good imagination.

Two contemporary bands rarely clumped together are OMD and The Cure, yet I would offer that Organisation is their goth album. “The Misunderstanding,” for example, would have found a sympathetic setting in Seventeen Seconds. I believe that Humphreys and McCluskey were trying to make a serious album – both thematically and musically, within their chosen medium of electropop. They succeeded, I also believe, in large part because of the novelty of synthesizers. The next time they tried to make a serious record (Dazzle Ships), audiences would be less forgiving. Of some interest, the original UK elpee included a bonus four-track EP with live performances from 1978 that actually point forward to the mixed media experiment of Dazzle Ships. All four tracks were appended to the expanded remaster in 2003.

Limited edition bonus EP
A1. Introducing Radios
A2. Distance Fades Between Us
B1. Progress
B2. Once When I Was Six