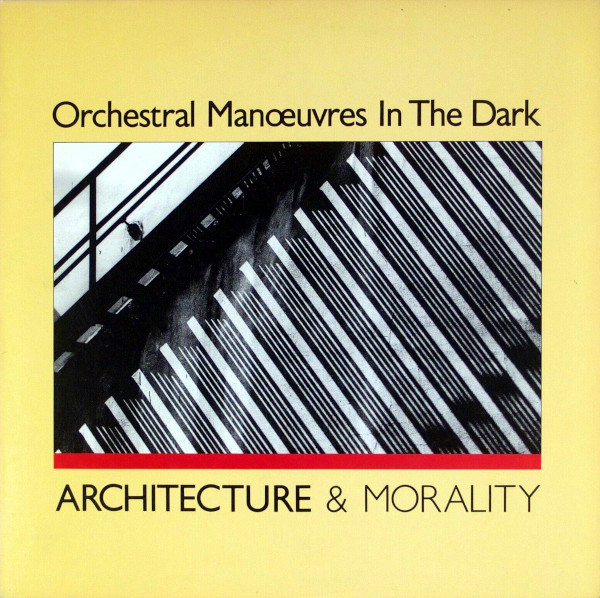 The band’s third album strikes upon a brilliant balance of Victorian romance and Bauhaus minimalism.

The first two albums by Orchestral Manoeuvres in the Dark showed real promise as a new voice in the new wave/synthesizer scene. Architecture & Morality is that promise fulfilled. Here, more than on any other album from the period, the romantic and the robotic waltz together through the ages. The record eventually sold millions of copies and remains a high point of the 80s new romantic movement alongside such classics as Roxy Music’s Avalon and Simple Minds’ New Gold Dream.

The genius of Architecture & Morality isn’t its sheer originality so much as its brilliant borrowing of bits from Brian Eno, Ultravox, Cluster and Kraftwerk to make a new kind of ethereal pop music. Anyone who has heard Eno’s Another Green World, for example, will instantly recognize that album’s influence (particularly the song “Golden Hours”). Sealand would seem to indicate that OMD was at least passingly familiar with Discreet Music as well. And we’ve already established that Andrew McCluskey and Paul Humphreys were aware of the foundational work of Ultravox (cf. “Enola Gay”).

As with any architecture, OMD’s music is built on what came before. That doesn’t detract from the beauty of Architecture & Morality one bit. The grand, gorgeous sound of Souvenir and Joan of Arc (Maid of Orleans) exist in their own dreamworld. She’s Leaving and Joan of Arc are less breathy and more flesh & blood but no less mesmerizing. Add Georgia, and you have five songs that might reasonably have been radio singles.

Architecture & Morality isn’t all gossamer romance; the band was clearly interested in creating industrial soundscapes as well. In fact, the opening track (The Stone Age) had me wondering if Nitzer Ebb might not have their own copy of A&M tucked away somewhere. And that brings up another point worth making: this album still sounds remarkably fresh today. The band’s pioneering use of electronic drums and smart sound choices (not many new-wave bands knew what to do with a mellotron) set the bar for the synth-pop that came after—or at least it did for me.

Teenage boys fantasize about doomed, chivalrous notions of romance. “Souvenir” and “Maid of Orleans” gave expression to those fantasies like nothing before or since, and for that I’m forever thankful. But the half of Architecture & Morality that is dedicated to electronic exploration is an equally valid argument for its elevated stature among new-wave albums. Unfortunately, OMD took the experiment too far on Dazzle Ships and never regained the balance of art and angst that made their early records so effective. For thirty-five minutes, though, OMD shone more brightly than any other band.