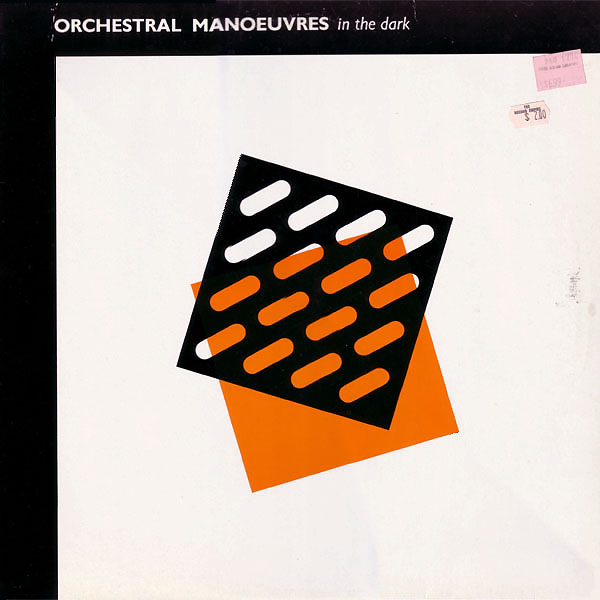 Combining elements of Kraftwerk and Ultravox, OMD’s debut is a breathy, brilliant record that perfectly captures the spirit of the neu romantic movement.

If you were looking for the future of pop music in 1980, you could have done a sight worse than Orchestral Manoeuvres in the Dark. Before the new romantic movement came into being, OMD along with Ultravox, Japan, Icehouse and others formed the core of the neu romantic movement: bands that shared David Bowie’s fascination with Germany’s electronic music (notably Kraftwerk, to whom “man-oeuvre” is presumably a nod) and melded it with English romanticism. In the colliding of the old world and the new world, the music was both grand and minimalist, fiercely romantic yet emotionally distant.

Unlike their contemporaries, OMD was never a proper band, but rather a partnership between Andy McCluskey and Paul Humphreys. On their eponymous first album, the pair’s differing contributions are pronounced, with McCluskey favoring wistful, romantic songs (“Almost,” “Messages”) and Humphreys delivering up darker, neurotic songs (“Mystereality,” “Bunker Soldiers”). Musically, Humphreys presents the electronic soundscapes of Brian Eno, Kraftwerk and Ultravox in terse form while McCluskey propels the melodies with his bass guitar. There are electronic drums, layered effects and even the occasional saxophone or guitar to spice things up, but bass/drums/synths is the group’s core sound throughout—none of them played with any high degree of proficiency.

If that last line seems like a dig against the band, well, I suppose it is. Say what you will about the punks (The Damned, Siouxsie and the Banshees, The Clash), they could play their instruments. OMD creates emotion by accretion, adopting a building-block approach that eventually achieves great heights, but at its core remains a series of simple devices stacked atop one another. Like Brian Eno, OMD showed the sum could be greater than its parts. “Electricity,” “Almost” and “Messages” are brilliantly and passionately rendered with admirable economy; adding more instruments or notes would add nothing to them. By the time “The Messerschmitt Twins” appears (one of several tracks that shows the influence of Bowie’s Heroes), listeners will take it on faith that the slow, faint introduction will grow into a swelling romantic statement by song’s end (it does).

Subsequent albums by OMD were warmer though still very synthetic. Clashing electronic sounds and Orwellian fear took over a bit on Dazzle Ships, and you’ll find some of the same noisiness at work on “Bunker Soldiers” (the chorus of Humphreys and McCluskey calling out random numbers and letters is genius) and “Red Frame/White Light,” an early single for the band. A good half of Orchestral Manoeuvres in the Dark is classic OMD, however, with very few if any half-baked ideas. Yes, the band did succumb to the dark forces of commercialism over time, but here they’re heroes fighting the good fight. It’s not the achievement of Vienna, but OMD’s first is a fair match for Japan’s Gentleman Take Polaroids and Gary Numan’s Telekon.

All songs written by Andy McCluskey/Paul Humphreys unless noted. Actually, on the elpee label for ID #201 653-320, the names are spelled McClusky, Humphries and Knaele. You’d think the law of averages would dictate they’d get one of them right, but no.