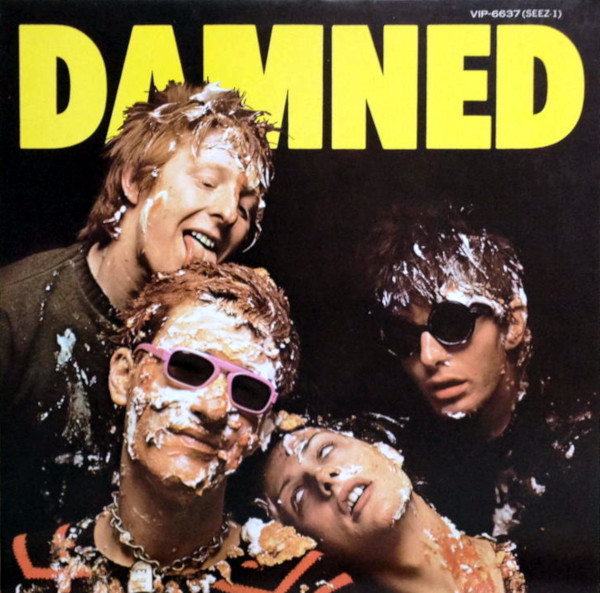 A landmark punk album played with remarkable precision, The Damned sounded like a machine gun next to the Pistols.

The Damned’s first album introduced listeners to England’s newest musical craze, punk music. Unfortunately, I somehow missed the introduction and wasted my youth listening to The Sex Pistols, The Ramones, The Clash, The Buzzcocks and The Stooges. Not that it was wasted time, of course, but it would have been a damned sight more interesting with “New Rose,” “Neat Neat Neat,” “Feel The Pain,” “So Messed Up” and “See Her Tonite” in the mix. And so, while I recognize that the world doesn’t need another review of Damned Damned Damned, if it turns one more listener onto this music before it’s too late, I’ll have gained some measure of peace.

While the obvious precedent here is The Stooges and MC5 (a scorching cover of “I Feel Alright” closes out the album), The Damned’s first record is very much a product of its personalities: Brian James as the rock-steady rebel raining thunderbolts of fury, Rat Scabies assaulting his kit like Keith Moon, Captain Sensible pounding like a jackhammer on the same notes and Dave Vanian infusing it all with his ghoulish charisma. Other punks more or less followed the same formula insofar as their talents and temporary sobriety allowed, but none of them did it any better than The Damned do here. Tracking the album’s influence is a bit tricky, since the first generation of punks were a surly lot by nature. When Siouxsie Sioux says she doesn’t respect The Damned, you have to wonder if her perspective isn’t fueled by a little competitive jealousy.

The band’s first album remains a punk powerhouse; every song is a punch in the gut, not one song breaks the rock & roll commandment of “get in, get out, get on with it.” Ferocity and urgency are the order of the day, with producer Nick Lowe doing his best to get out of the way and capture the band’s live intensity on tape (which he does masterfully). As good as they were, The Stooges were sloppy; The Damned are neat neat neat, as sharp as a surgeon’s knife, and the twelve cuts delivered here left a permanent mark on music.

All songs written by Brian James unless noted.

“The first Stooges album I heard was the Funhouse album. I would have been about 19 at the time, and it was so instant and to the point and between the ears that it totally knocked me for six.” – Brian James, in a 2007 interview.