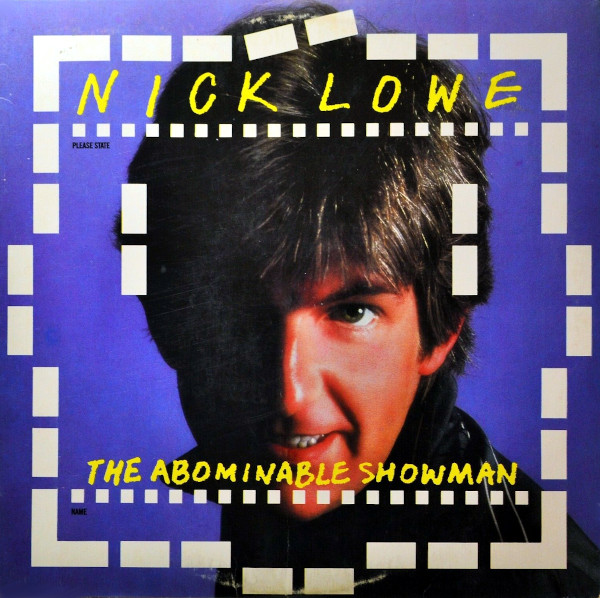 Even sharper than his last album, mixing catchy melodies with clever wordplay and the usual Lowe highlights.

Kronomyth 4.0: A bumble in the jumble.

A more energized outing than his last, and yeti critics tend to give this one the cold showder. I actually warmed up to The Abominable Showman pretty quick (relative to the cool reaction I had to Nick The Knife), and today it ranks right below Labour of Lust as one of my favorite Nick Lowe records. I tend to be in the minority on this one, however, so you may want to take my recommendation with a grain of snow-melting salt.

The reason I like this album is that it’s all about Lowe doing what he does best: catchy melodies, clever wordplay and lots of variety. More to my liking, it plays down the country/rockabilly side of Lowe’s muse, instead experimenting with an orchestrated tin pan alley tune (“How Do You Talk To An Angel”), silliness (“Tanque-Rae,” “We Want Action”) and the usual charmers (“Mess Around With Love,” “Man of a Fool,” “Raging Eyes”). There’s even a little light reggae on here (“Cool Reaction”), making the whole thing feel like a cuddly Graham Parker album.

I think some of the critical frustration with this album (and in fact the whole post-Lust phase of his career) stemmed from his shrinking away from the alternative vanguard. As with Elvis Costello, no one really wanted to hear Nick Lowe croon so much as spit out twelve new So It Goesies, forgetting that even at his peak Lowe had his valleys. The Abominable Showman is a good pop record from a talent that many felt was capable of a great pop record every time he rolled out of bed. He wasn’t, this isn’t, but I’ll take a caffeinated collection like this from Nick six days out of seven.