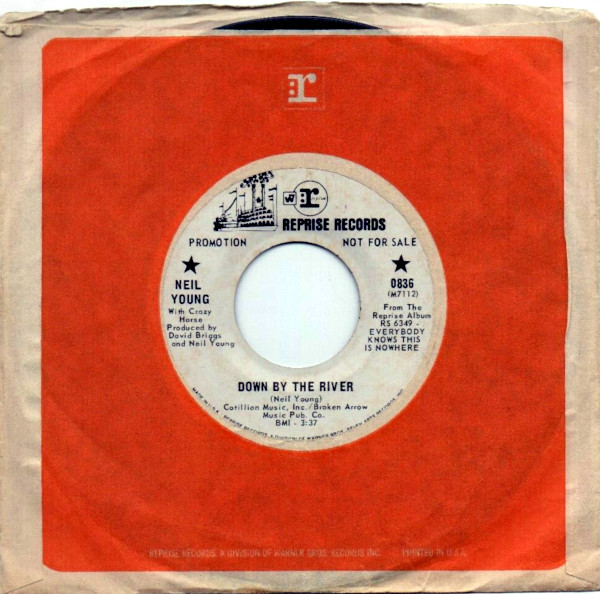 This is an edited version of the song without the six-minute gunfight between Neil Young and Danny Whitten.

Kronomyth 2.2: Hey, Joe, where are you going with those scissors in your hand?

The original elpee version of Down By The River features some of the most brutal-sounding guitar work you’ll ever hear. The only thing brutal about the three-and-a-half-minute single version is the editing, which completely removes the guitar interplay between Neil Young and Danny Whitten that was so essential to the song’s dark mood. Without that, what you have is a really weird but oddly catchy song about shooting your girlfriend.

The flip side is the original elpee version of The Losing End (When You’re On), perhaps the breeziest song on an album of sometimes suffocating stillness. I rarely hear this song without wondering what The Byrds would have sounded like with Neil Young (the answer, I guess, is better). Although the single didn’t chart, a slow-burning, soulful version by Buddy Miles the following year did.