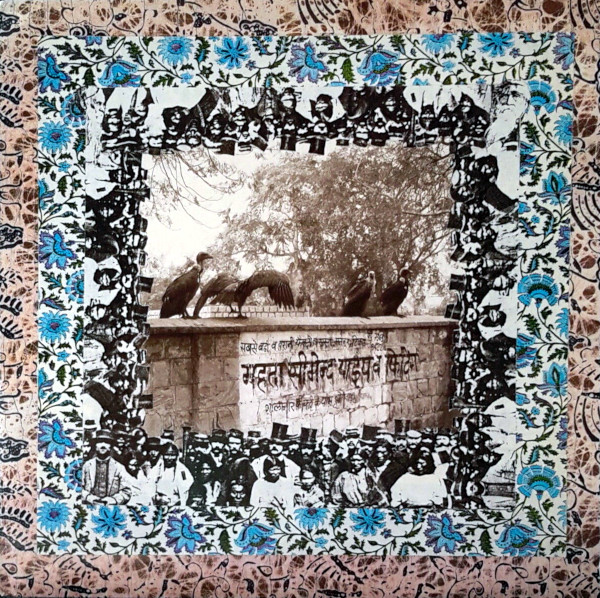 The Monks’ second effort is more of an “actual” album that features songs, but it’s still pretty weird.

The Monks are back with a (voodoo) vengeance. The Cosmodemonic Telegraph Company is nothing short of sweet, beautiful mutiny. Morgan Fichter had left camp, and now the rest of Camper Van Beethoven minus David Lowery released a “real” second album that sounded like Swamper Van Beethoven. Their debut was interesting but felt like a side project. Their second favors songs that compare well to Camper: “The Evidence You Hide,” “Taste of Tendon,” “Broadcast at Midday.” There are still instrumentals (“Vaporize Your Crystals,” “Unexplained Murders”), but they’re so fresh and free that you don’t mind them any more than you did Frank Zappa’s instrumentals. And I’ll hand out extra cool points to anyone who tackles a track by Snakefinger (“The Vivian Girls”).

In comparing this to Camper, I usually arrive at that band’s swampier songs (e.g., “Borderline”). Lowery’s voice is sleepier than Victor Krummenacher’s, though they’re both very nasal. The Monks are also deliberately darker than Camper, ending the album with a ditty about a dead body (take that, abbey road). At ten tracks (eleven if you count the tribal reprise of “Voodoo Vengeance” sandwiched between the last two songs), Cosmodemonic Telegraph Company is a little light. That’s the only complaint I have: I would have liked more of it.

If you’re a Camper fan thinking of crossing over, consider this. I bought Cosmodemonic Telegraph Company after buying Key Lime Pie and loving it. Then I bought two more Monks releases and never bought another Camper Van Beethoven disc. Not that I don’t like CvB anymore, but I got sidetracked. Side projects don’t divert your attention like that; this is a whole other road that leads into its own forest. Enter it here and you may never make it back to Camp either.

A1. Vaporize Your Crystals
A2. The Vivian Girls (Snakefinger/The Residents)
A3. All In Good Time
A4. Voodoo Vengeance (Eugene Chadbourne)
A5. Taste of Tendon
B1. Trapped
B2. The Evidence You Hide
B3. Unexplained Murders
B4. The Beach of Deception
B5. (hidden track)
B6. Broadcast At Midday

Released on elpee, cassette and compact disc in April 1989 in the US (Pitch-A-Tent/Rough Trade, PITCH 13/C).