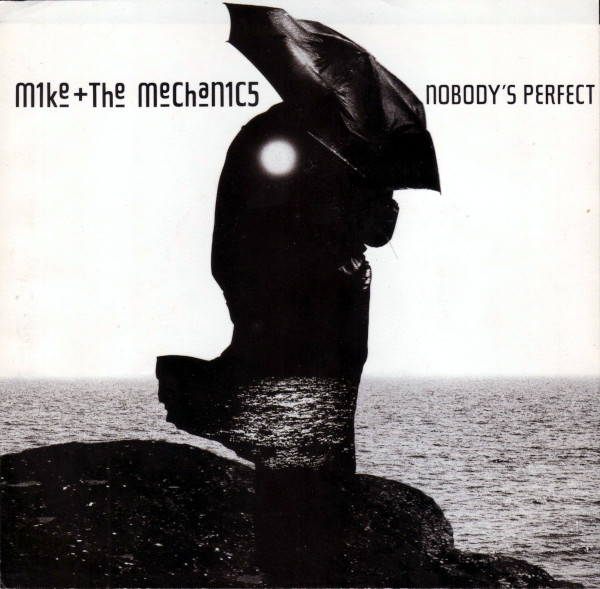 Both songs on the new single from the second album become hits? I’d say somebody’s perfect.

Kronomyth 2.01: A couple of nobodies.

The advance single from Mike + The Mechanics’ second album, Living Years, turned out to be a double single when Nobody Knows became a minor hit of its own. Atlantic even issued the original single and picture sleeve with a sticker that said “Contains the hit Nobody Knows” over the words “Nobody’s Perfect.” An enviable problem to have, I suppose.

Nobody’s Perfect feels like two songs fused together: half “Mama” from Genesis and a catchy pop song in the chorus. The two halves don’t really work well together, but if you were looking for a sunnier version of Genesis, this was it. Interestingly, the band did a radical remix of the song for the 12-inch and CD singles that is much funkier than the original. The 7-inch single actually features a three-minute edit of the elpee version, although I haven’t heard it so I can’t speak to what was edited out.

The (temporary) B side was the album version of “Nobody Knows.” When the song was re-released as a single, it appeared in an edited version too. Sung by Paul Carrack, “Nobody Knows” sounds like a soulful version of “Throwing It All Away” to me. Again, the idea of Mike + The Mechanics wasn’t to break from the Genesis formula so much as fine-tune it.