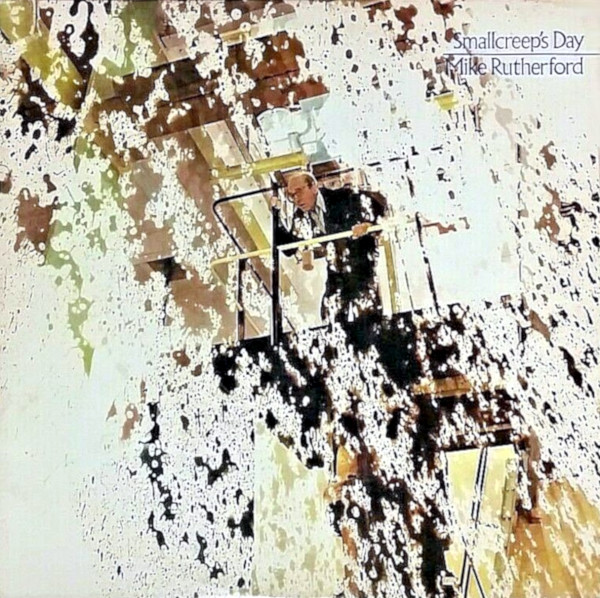 Half a concept album based on the Peter Currell Brown book and half an album of standalone songs, but not a must-halve.

Kronomyth 1.0: One big leap for Mike Rutherford, one small creep for mankind.

Another day, another dollop of the old Genesis magic spread thinly across the course of an album. Instruction by means of reduction, Smallcreep’s Day distills Mike Rutherford’s contributions to the Genesis juggernaut: songs that weigh like heavy arches on the mind, ornate arpeggios and a tendency to tighten/loosen the music’s pressure by alternating between major and minor chords. It’s a style that Genesis has used in various amounts since the days of Lamb, making Smallcreep’s Day something of a throwback to the pre-Three releases.

The first half of the record is a conceptual story (based on Peter Currell Brown’s book of the same name) that follows Smallcreep from his factory job in search of the final product. When he finds it, the realization that nothing has changed seems like a gyp, but then Tony Banks’ A Curious Feeling wasn’t any better. If you’ve purchased that album from Banks or the similar-sounding Sides (from Anthony Phillips) and Please Don’t Touch (Steve Hackett), you’ll know what to expect from Smallcreep.

In its defense, Smallcreep’s Day isn’t plagued by weak singing, Rutherford handing over those chores to Noel McCalla (who does a better job than Kim Beacon did for Banks). Playing bass and guitar, Rutherford slips in some impressive lead work, notably on “Working In Line.” The backing band is solid, including old bandmate Ant Phillips on keyboards and a very respectable rhythm section of Simon Phillips and Morris Pert.

As a songwriter, Rutherford dusts off the old ideas and gives them a new paint job, approximating “Your Own Special Way” on “Every Road” and borrowing some of Brian Eno’s instrumental segues on Lamb for the lovely “After Hours.” It’s not all polite, mothballed music, kicking up some dust on “Overnight Job” and “Moonshine,” two tracks that are closer in line to the Abacab-era Genesis. As the least “commercial” of his solo albums (including Mike + The Mechanics), old school Genesis fans should start here if they’re interested in the gospel according to Mike. Arguably the least showy player in Genesis, the spotlight is long overdue.

All titles written by Mike Rutherford.

*UK and Japanese versions switch the A and B sides.