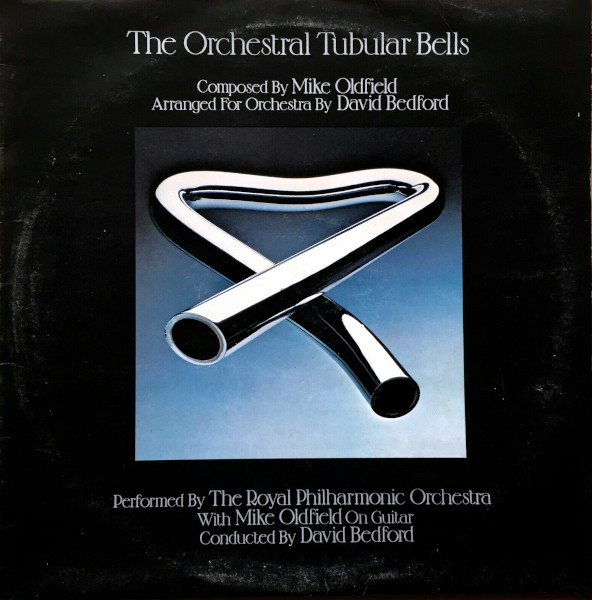 An orchestral treatment of Tubular Bells turns out to be not much of a treat at all.

Kronomyth 2.5: Journey to the center of inertia.

Progressive rock bands have had success adapting symphony music for a smaller ensemble. Exhibit A, Pictures at an Exhibition. The inverse process, however—adapting progressive rock music for a symphony orchestra—rarely ends well. Exhibit B, Journey to the Centre of the Earth. And, also, this album.

True, there are some lovely passages here. David Bedford is a sympathetic arranger who already had a working relationship with Mike Oldfield. But all the sympathy in the world doesn’t change the fact that “Tubular Bells” is not a symphony; it’s a series of musical pieces that are barely stitched together. Bedford also ascribes too much of the music to the woodwinds, in my (apparently not very) humble and thoroughly uneducated opinion. As a result, the intricacy of the original music gets a bit mushed together and loses its dynamic separation. The horns give the arrangement some much-needed spine from time to time, although the horn-driven sections on Part 2 are actually painful to listen to. The orchestra players are also poorly miked, he sniffed.

Presumably, the idea here was to elevate the status of “Tubular Bells” to the rank of a modern classical symphony. And make money, of course. Instead, it exposes the flaws of the original and highlights a lot of music that meanders and relies on simple musical devices to move the action along. Then again, I tend to approach these hybrids from the perspective of classical symphonic music, and there are literally thousands of classical works that are more interesting than this album, but very few progressive rock albums that are as interesting as the original Tubular Bells.

Mike Oldfield, who appears briefly on “Part 2” for a classical/electric guitar solo, created a masterpiece the first time around. As a one-time performance, the idea of an orchestral Tubular Bells is interesting and probably inevitable. Did it need to be recorded and stored for an eternity? No. Do you need to own a copy of it? Again, no. Virgin themselves seem to have come to the same conclusion, opting not to release a record of the orchestral version of Hergest Ridge that David Bedford arranged, parts of which did appear in a 1979 film commemorating the Apollo 11’s moon landing.