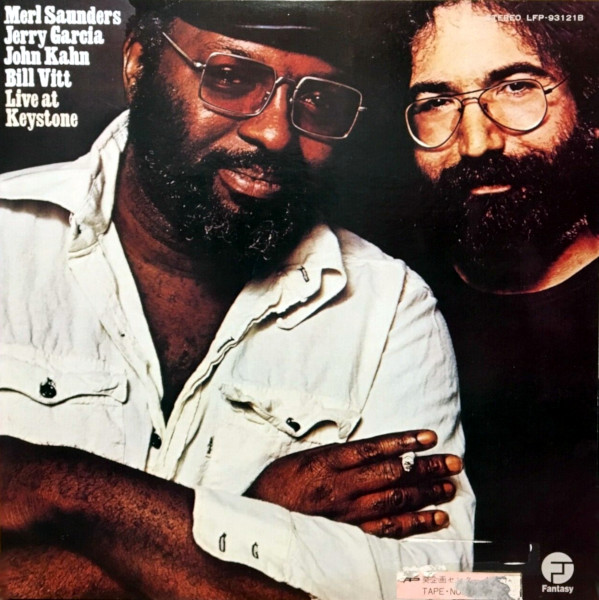 A double album of jams with Merl Saunders at Berkeley’s Keystone club, a familiar haunt for Jerry Garcia’s band in the 70s.

Jerry Garcia jammed with two very different organ players, Howard Wales and Merl Saunders, during the early 1970s, with very different results. Hooteroll? was an experimental trip. Live At Keystone is a leisurely walk through the American songbook, from Bob Dylan (“Positively 4th Street”) to Rodgers and Hart (“My Funny Valentine”). Honestly, I find this to be one of the least interesting avenues in the Jerry Garcia journey. The recording mix is poor, and the performances are often perfunctory (in large part, it would seem, because the band was working out the arrangements as they played). There must be countless official bootlegs that will be of more interest to Garcia’s fans.

In the 1980s, Fantasy split the original double album into two volumes and added an unreleased performance to each. (Perhaps because of better mixing, the two “new” tracks are noticeably better than the original 10 tracks, suggesting a return to the vaults may be in order.) While it’s always fun to hear Jerry thumb through Bob Dylan’s back pages, the band’s sleepy rendition of “It Takes A Lot To Laugh, It Takes A Train To Cry” is a missed opportunity. Midlights (there really are no highlights) from the double-elpee set would include Jimmy Cliff’s “The Harder They Come” and the opening instrumental, “Finders Keepers, Losers Weepers” (credited simply as “Keepers” on the Volume II reissue). For that, you’ll need to sit through an 18-minute version of “My Funny Valentine” and an almost 10-minute version of The Byrds‘ “It’s No Use” that sucks the life out of the original. Fantasy returned to the scene of the crime for a pair of Encores, which aren’t any more or less interesting than what made the first cut here.