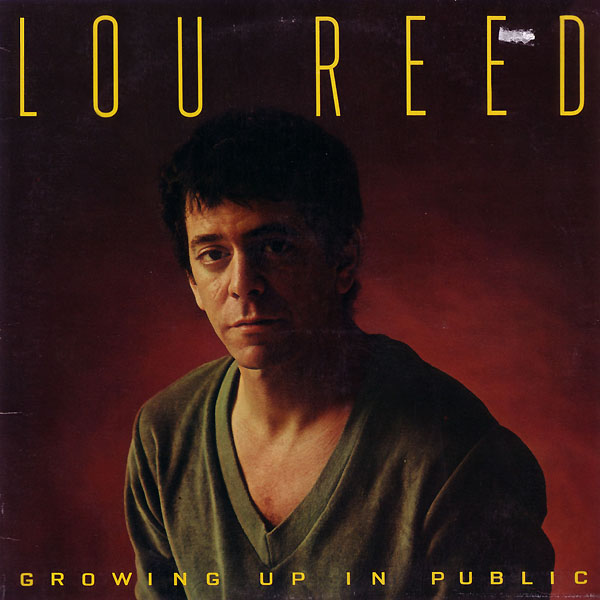 This is Lou Reed’s From The Inside: scenes from a troubled mind set to a surprisingly melodic score.

The power of the Tower card come tumbling down, Growing Up In Public is the cartoon coloring book version of one man’s abusive childhood and subsequently stunted trajectory into adulthood. Similar to Alice Cooper’s From The Inside (another underrated favorite of mine), this album delivers a dire message in upbeat and almost childlike arrangements. It’s a deception, of course, and one need look no deeper than the groundbreaking guitar-synth work of Chuck Hammer to hear the lightning that rumbles Reed’s childhood fantasies. The opening “How Do You Speak To An Angel” is all polite and stuttering sweetness until the shocking guitar-synth solo comes crashing in, and you hear the rage underneath the impotence. The next track, “My Old Man,” reveals the source of that rage, and so begins a series of vignettes from angst-ridden adolescence (“Smiles,” “Standing On Ceremony”) into ineffectual adulthood (“So Alone,” “The Power of Positive Drinking”).

Yet, listening to this record, you’ll think Reed has gone soft. It’s the closest he’s come to making a pop album, with pleasant piano chords and bouncy bass guitar lines. The lyrics are another story; they talk of repression, anger and futility. The breakthrough moment occurs on “Think It Over,” when all the bitterness is set aside for a shot at real love. In the interest of fair disclosure, I did own this on a cassette and played it in my car constantly, so familiarity may have bred fidelity. I certainly wouldn’t put Public on the same pedestal as Berlin, but song for song it’s one of the most charming Lou Reed records I own; arguably the best of the comedic/tragic albums that would include Mistrial and Legendary Hearts.

All songs written by Lou Reed and Michael Fonfara.