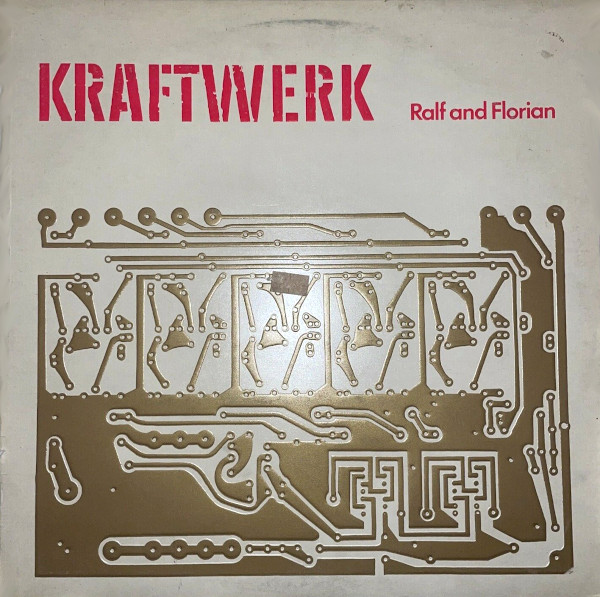 The last (and the most enjoyable) of the pair’s early, experimental albums.

These are the further adventures of Ralf Hütter and Florian Schneider in their laboratory of sound, KlingKlang Studios. Ralf and Florian is a transitional record in the sense that actual songs now begin to emerge from their experiments, connecting the past with the future. While the artists themselves have more or less disavowed the record, many fans have a soft spot for this album (myself included) and it is the first Kraftwerk work that could truly be called influential. No less a luminary than Brian Eno seems to have taken the album to heart, while also taking Heimatklange as the inspiration for his own Discreet Music.

The music mostly features Florian on treated flute and Ralf on keyboards, with basic rhythms and some wordless vocalizing behind them. That would more or less describe Tongebirge, Tanzmusik and “Heimatklange.” The opening Elektrisches Roulette is a nice balance of electronics and melody, Kristallo is similar but more experimental/improvisational. The album closes with the extended Ananas Symphonie, which includes some detuned guitar experimentation (reminiscent of Kraftwerk 2) and vaguely Oriental/ambient sounds. All in all, soothing and interesting stuff.

The first two Kraftwerk efforts are a bit tricky to track down and might cost you serious coin, but you’re more likely to find Ralf and Florian at a reasonable price, especially the 1975 U.S. reissue featuring what has to be my favorite Kraftwerk album cover. Their third album is also more melodic and accessible than the first two. The reissue, released after the successful Autobahn, even managed to chart in the U.S. Why it hasn’t been released on compact disc is a mystery to me.

All selections composed by Ralf Hütter and Florian Schneider.