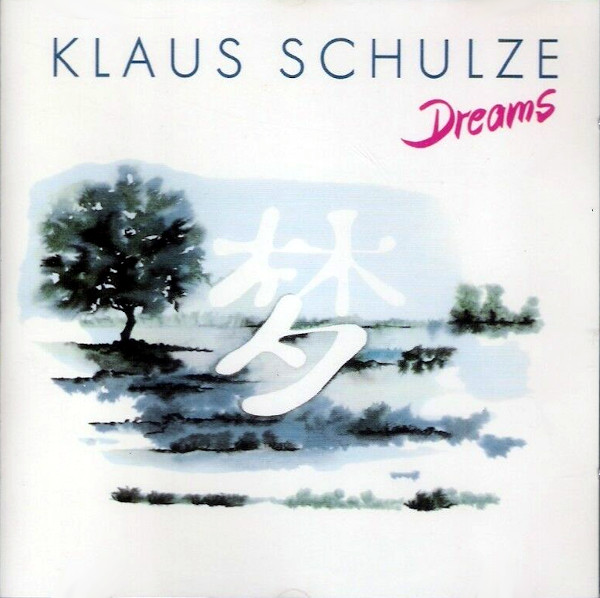 A kind of tangram in its musically shifting pieces, which form an electronic symphony of sorts.

Mind you, I’ve resisted the impulse to call Schulze a genius in the past. His works have always held at least one fatal flaw, which my cynical intellect hammers away at until the whole thing collapses. (Dreams initially shared this fate; the vocal section at the end of “Klaustrophony” is terrible.) But in listening to Dreams more recently, I’m struck by the organization of it all. There are too many musical alignments here to chalk it up to serendipity.

The headslap moment for me was “Dreams.” This is probably my favorite piece of music from Schulze; it sounds like a symphony of stars tuning their cosmic instruments. It occurred to me then how Schulze had controlled the pacing of the four pieces on Dreams, achieving a Largo effect with this section that balanced the faster pieces around it.

Unlike traditional classical composers, Schulze doesn’t weave a single musical theme through his movements. Instead, he introduces a central pattern (a radial point, if you will) and then extrapolates the movement from it. Thus Schulze is something of a musimatician. Patterns and melodies move in tangential, kaleidoscopic shifts. What’s developed is less a theme than a geometric theorem.

Since none of that helps describe the music, I’ll tell you that Dreams sounds like a notier Tangram. By “notier” I mean that Schulze is more prone to use flashy keyboard flourishes and crowd patterns close to one another. Dreams is also more clearly patterned on a traditional four-movement symphony than Tangerine Dream’s works: the brisk “A Classical move” followed by the more moderate “Five To Four,” the static and enigmatic “Dreams” and an allegretto finale that unfortunately ends in an annoying English chant.

Over a career, Schulze’s works don’t lack for a consistency of vision but execution. Dreams is one of the best-executed and well-conceived electronic music albums I’ve heard from him, and I might even start here if I were making a case for him as a first-tier composer.