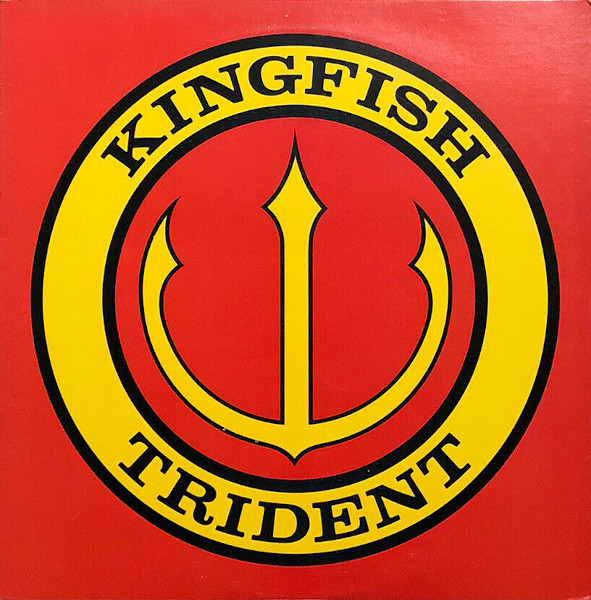 Founders Torbert and Kelly retool the band and end up with a better album that combines studio and country rock.

Kronomyth 3.0: If at first you don’t succeed, Trident again.

The resulting record plants the group firmly in the soft-rock camp (think Firefall). O’Neill is a great addition to the band, like Paul Cotton a triple threat as a singer, songwriter and guitarist. Hogins is a nice addition too, and Joe English is a stellar studio drummer who seems to know exactly what these songs need to succeed. Behind it all is producer Johnny Sandlin (Allman Brothers Band), the best producer the band has worked with to date. I wouldn’t have put much money on Kingfish releasing a good album after Bob Weir left, but Trident is the best thing they’ve done so far, song for song.

Adding so many good musicians does push Matthew Kelly into the background; in fact, his name is even misspelled on the credits. But Trident isn’t about egos; it’s about releasing the best album they could. Unfortunately, the album didn’t chart and the band folded soon after. Grateful Dead fans probably weren’t interested in album that didn’t have Bob Weir on it, and Kingfish hadn’t cultivated enough fans of their own to generate a loyal following. It’s a shame, because a lot of people missed out on hearing a really good album. I suppose you could say the same about The Flying Burrito Brothers.

Although Hard to Love Somebody was released as the single, it isn’t the album’s best track. Magic Eyes, which sound surprisingly like Pink Floyd, would have been a better choice, as would You and I. O’Neill’s vocals alternate between the blues (Hurricane) and soft rock (My Friend), and the effect is like having two lead vocalists instead of one. Torbert only sings lead on a few tracks (e.g., Hawaii), and his laidback style isn’t quite as polished. You could argue that Trident isn’t really the work of Kingfish, and you may be right, but can’t argue with the results.