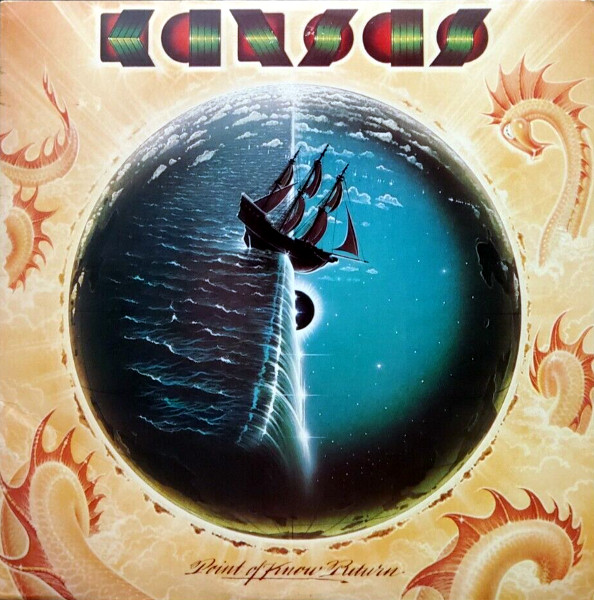 Another classic prog-rock album that picks up where Leftoverture left off.

Kronomyth 5.0: The peak of Kansas.

This and Leftoverture are the highest points in the catalog of Kansas — perhaps in American prog, period. Unlike their English prog counterparts, Kansas had found a workable hybrid between rococo excess and rock and roll. You’ll find this at work on songs like Portrait (He Knew) and Lightning’s Hand, which are equal parts boxing and musical ballet. And then there are those moments of sublime progfection, such as Point of Know Return and Closet Chronicles.

Although it’s not a concept as I understand it, the theme of man’s mortality runs through Point of Know Return. This is brilliantly captured on Dust in the Wind, a song whose lyrics have since been immortalized on countless high school yearbooks. (It’s hard to believe the song started as a finger-picking exercise for Kerry Livgren.) “The Closet Chronicles,” Helplessly Human, Sparks of the Tempest and Nobody’s Home all deal with life, death and the end of humanity. Maybe it’s the fact that Steve Walsh and Livgren were writing together, but Point of Know Return is remarkably consistent for a Kansas album. It’s hard to tell which songs were written by Livgren or Walsh and, for the first time, it doesn’t really matter.

At this point, Livgren and Walsh were the heart and soul of Kansas. Robby Steinhardt’s violin gets its fair share of the spotlight, while Rich Williams’ guitar doesn’t, and the rhythm section of Dave Hope and Phil Ehart bleed into the background. Despite the fact that Kansas technically had three lead singers, only one of them (Walsh) was strong enough to carry the band. In fact, on the songs where Steinhardt is given the lead (mostly the second side), I find myself wishing that Walsh had sung them instead.

The band decided to capitalize on their success with a tour and (in the post-Peter Frampton world) requisite live double album, Two for the Show. When they returned, however, something was different. Monolith was a good album, arguably underrated, but gone were the majestic heights of “Carry On Wayward Son” and “Point of Know Return.” In that sense, Point of Know Return is an accidental signpost that, indeed, the greenest days of Kansas were behind them. For a few years, though, the band shined brightly and that light still travels through time, visible in the deep black of polyvinyl night.