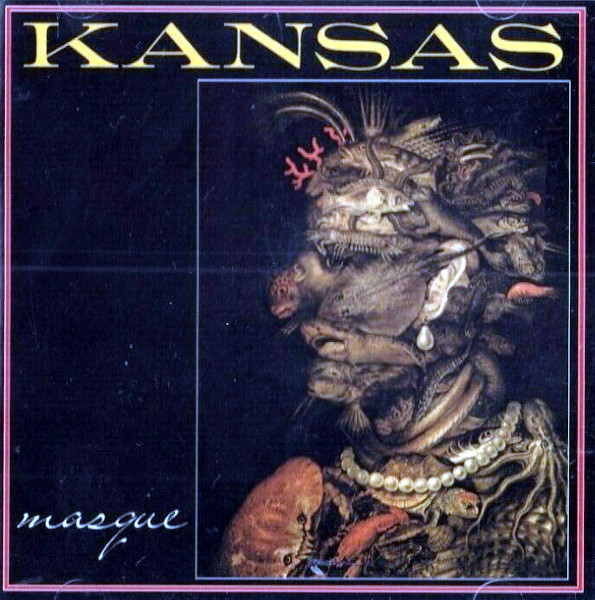 Another mix of midwestern rock & roll and English prog that, like their last, scratches at greatness.

If you combined this and their last album, you would have a really good prog-rock elpee… and a really mediocre rock & roll album left over. And that’s the trouble with Kansas so far. They’re capable of writing imaginative, extended prog-rock suites like The Pinnacle and Icarus/Borne on Wings of Steel, but just as capable of writing banal rock songs like It Takes a Woman’s Love or It’s You. So you get the good with the bad, the sublime with the subordinate.

I’m not going to lay the blame at Steve Walsh’s feet this time, since he’s a critical component when the band clicks. But his songwriting does seem to be more rock oriented, playing James Young to Kerry Livgren’s Dennis DeYoung. I guess that’s a uniquely American problem, this desire to be a rock & roll band and write epic fantasy suites. The English didn’t seem to have the same divided interests, or at least were more comfortable living in a fantasy world of their own devising.

Let’s start with Masque’s better half. “The Pinnacle” may, indeed, be their highest achievement so far in terms of musical grandeur. “Icarus/Borne on Wings of Steel” is also highly inventive and Child of Innocence straddles the worlds of rock and prog remarkably well. That’s about twenty minutes of quality prog made in America right there.

Then there’s the other side of Masque. These songs have their moments, but ultimately collapse under their own ambitions (e.g., Mysteries and Mayhem, All the World) or lack thereof (e.g., “It’s You”). There’s a part of me that feels Masque would sound much better with a proper remix/remaster. Bringing Phil Ehart’s drumming up in the mix would be job one, as he really shines on this record. There also needs to be more separation between the light and dark tones on this album, between the voices, between the violin and guitars, etc. The album sounds unnecessarily harsh; maybe Steven Wilson will take up Kansas’ cause one of these days.

Despite the lack of a hit single (again), the band’s third album did eventually sell 500,000 copies in the U.S. and is a logical purchase for anyone working backwards from Leftoverture and Point of Know Return in their catalog. It’s not a compulsory purchase, even for prog fans, but half a good prog album is still worth having in my opinion.

All arrangements by Kansas.