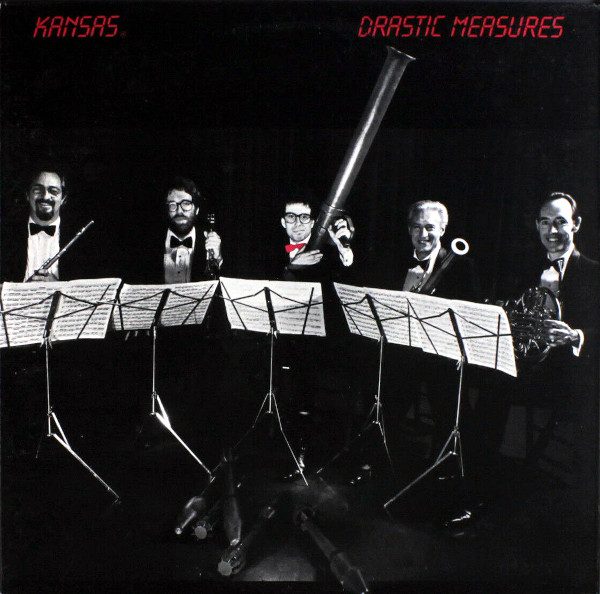 There was no more gold in Kansas, and the Walsh miners had little interest in elefantium, so the band’s fortunes began to wane. But John Elefante wouldn’t let Kansas go down without a fight, even if it meant retooling the unit into an ‘80s rock band a la Journey, Foreigner or Styx. “A la la la l’elefant,” sang the few remaining faithful, but it didn’t feel the same.

The opening “Fight Fire With Fire” is a fine, fiery opener, but it’s not an accurate measure of the album. The second track (and, in an unfortunate bit of business, the second single) sounds like a lame Rick Springfield song (i.e., like a Rick Springfield song). Not content to let Elefante (and his dinotwin) do all the whining, Kerry Livgren kicks in the cranky “Mainstream,” just to make it perfectly clear that they’re unhappy with the music business. And to make it perfectly, perfectly clear, the Elefantes underline Livgren’s exclamation point with “Going Through The Motions.” Writing mainstream music that rails against the need to write mainstream music… ah, the delicious irony of it aaagh. (Sorry, that must have been me choking on the six dollars I spent for all this used irony.)

If you’re looking for the old Kansas (you know, the one they show on the front of the brochures), it reappears but briefly on “End of the Age.” But that age ended a while ago, with Audio-Visions. Without Walsh, without Steinhardt, without the pretense to prog’s tricky licks, Kansas is just another dinosaur on rollerskates. I’m sure there’s a market for John Elefante’s music (“Andi,” “Get Rich”), I’m just not sure it’s in Kansas. The digitization of the band’s logo on the cover is fair warning where things are headed, so if you don’t want to go there, save your money.