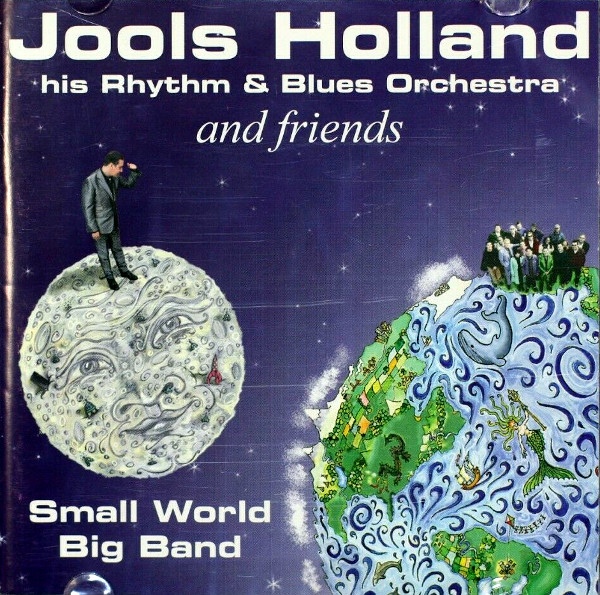 The lovable host and a world of talent in live performances from the show Later… with Jools Holland.

20 years ago, Jools Holland seemed fated to be a footnote—the original keyboard player in a band (Squeeze) that had already gone through three of them. And then there was his first solo album, Jools Holland and His Millionaires, which was released as Squeeze stunned the world with their retirement, turning every head back to Misters Difford and Tilbrook. Fate, however, has a funny sense of humor, even if it takes a while to reach the punchline. Fast-forward 10 years and Holland is an international star as the host of his own highly popular musical television show, Later… With Jools Holland.

Later… brought a who’s who of musical personalities into contact with Jools, many of whom joined Holland and his Rhythm & Blues Orchestra (a big band built specifically by Holland) for live jam sessions during the program. This album is the first in a series that pairs Holland and his Orchestra in the studio with a rock & rolodex that anyone would envy: Sting, George Harrison, Paul Weller, Joe Strummer, Mark Knopfler, Van Morrison, Steve Winwood, Jamiroquai, Eric Clapton, and I wouldn’t dare “et cetera” anybody else but there are more stars where those came from. Usually, you don’t get an album like this unless somebody is either dying or starving.

A good half of the album has Holland and his Band backing the artists on interpretations of songs by Ray Charles, Willie Dixon, Billy Preston, The Beatles, Louis Armstrong, Jonny Mercer, Screaming Jay Hawkins and others. The other half—the better half, surprisingly—is original material cowritten in most cases with Mr. Holland himself: “Valentine Moon,” “Orange and Lemons Again,” “All That You Are.” The styles are as eclectic as the artists themselves and include ska, soul, blues and rock. And far from the perfunctory performances you could rightly expect from an album like this, many of the artists sound rejuvenated; Dr. John, Steve Winwood, Van Morrison, Paul Carrack and John Cale seem absolutely energized in the studio.

I hadn’t expected much from this disc, certainly not 22 tracks of new, quality music, but Big Band’s got some big hands to hold it all together. Looks like we’ll need to leave some pretty big margins at the bottom for this footnote, since Holland is living large. 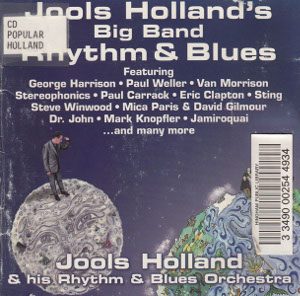