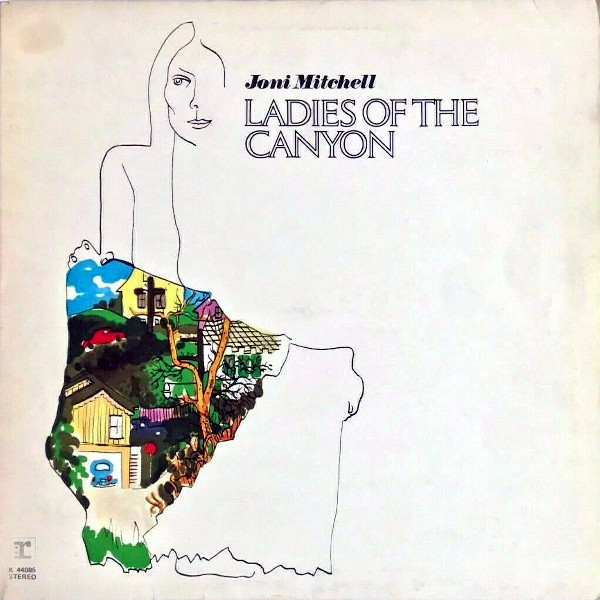 An album bookended by some of her best work, otherwise important for the introduction of more piano songs.

Beginning with Ladies of the Canyon, Joni Mitchell chose to paint equally with guitar and piano. In retrospect, the first two albums are sketchbooks, with Joni drawing wonderful illustrations using poetry, voice and acoustic guitar. On the opening track, “Morning Morgantown,” Joni gives us a brief tease of the acoustic piano, then plays the entire second song (“For Free”) on it. As we know, the piano, once introduced, never left. There are small touches from other artists as well, added as ornaments: cello, percussion, sax and flute.

Often, third albums are breakthroughs as artists grow comfortable with the record-making machinery, but Joni’s evolution is more of a refinement or awakening of talent. Here, you’ll find a certain artistic independence, an almost palpable prickliness, at work. The album’s strongest songs, for example, appear at the end of the record (although “Morning Morgantown” is still a fine introduction). As a vocalist, Joni uses her voice as a jazz soloist might, playing off the melodies (e.g., “Conversation”) rather than along with them. On the piano, the songs have a deliberate tempo, the words arrive stillborn and hang heavy in the air.

Though some of these songs were written as far back as 1966, a theme of forbidden love reappears throughout. In “Conversation” and “The Arrangement,” the object of attention is a married man. In “The Priest” and “Rainy Night House,” he’s a holy man. A relationship with “Willy” is doomed from the start. Paired with sere arrangements, they make for a sometimes dour record, especially where Joni sits at the piano for too long a spell.

Some critics have found in this album a sign of the lush sensibilities to come on Court and Spark, though I didn’t detect that until Blue. Her voice is certainly musical, wheeling and turning like a leaf in the wind (an obvious precedent to Kate Bush). I should mention, however, that “Big Yellow Taxi” and “Woodstock” (which features what sounds to be a distorted electric piano) are the exceptions here. In fact, “Woodstock” might be the heaviest thing she’s done so far, anticipating (I kid you not) “No Quarter” from Led Zeppelin. The closing track, “The Circle Game,” is also a gem, and points forward to the richer, melodic arrangements of the future. That listeners won’t grow impatient waiting for the “hits” to arrive is a testament to the quality of Ladies of the Canyon.

All songs composed and arranged by Joni Mitchell.
* “For Free” listed as “He Played Real Good For Free,” and “Willy” listed as “Willie” on record label.