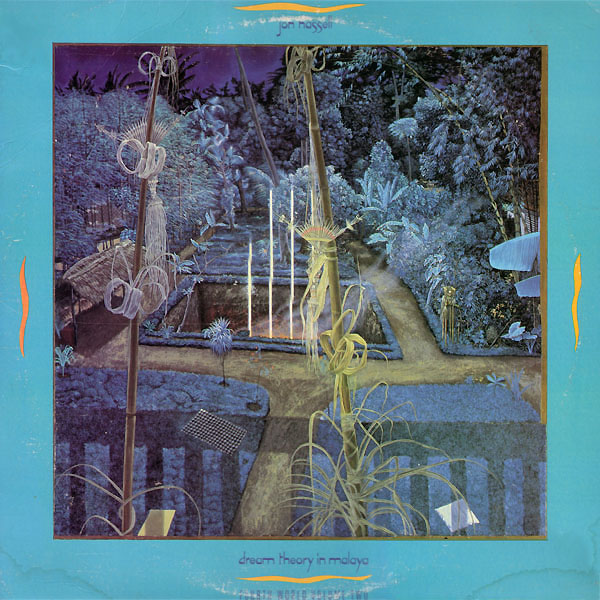 Kronomyth 4.0: The Tunes of Two Tribes.

You are the steam rising off the work of a new day in Malay. In the stillness of morning, the sun gains a toehold on the earth and slowly lifts the veil of creation. Shapes appear; fixed and animated, light and dark. In the world between sleeping and waking, you fill in the missing pieces until the landscape is alive around you. The clarity of full consciousness comes on “Dream Theory,” and you realize you’re awake in the dream.

Jon Hassell’s second album of Fourth World music draws its inspiration from the Senoi and Semelai people in Malay and could be seen as the tunes of two tribes. The dream-telling of the Senoi and the watersplashing of the Semelai provide an otherwordly backdrop for Hassell’s fourthworldly work. Similar to the previous Possible Musics by design, the difference here is the anthropological authenticity of this new world. Brian Eno’s touch is keenly felt in “Courage” and “Dream Theory” (the latter essentially Eno’s remix of the former), but the expedition is clearly being led by the man with the horn.

Like Jean-Michel Jarre’s Zoolook, Jon Hassell is advancing a new lexicon of sound that twists the familiar to create the alien. The snippets of processed trumpet that constitute “Chor Moiré” feel like a mixture of fly and frog. The dazzling “Data Bintung at Jelong” could be one of Laraaji’s music tumblers being rolled back and forth in the hand of a trancing priestess. These strange snapshots in the heart of an imagined Malay make for an unforgettable journey. Whether it draws you in or pushes you away depends on many things (fear, faith, convention), but if the possibilities of music intrigue you, forge on.

All compositions by Jon Hassell.