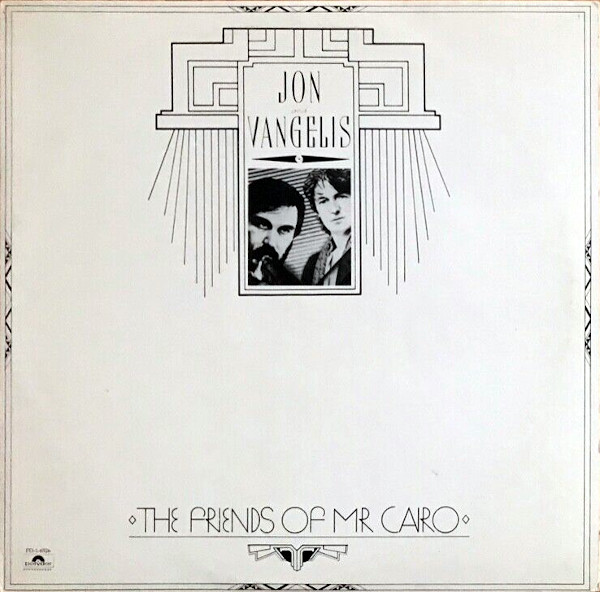 The sequel to Short Stories was a classier affair and closer to what fans of Jon Anderson and Vangelis had a right to expect from the pair: evocative electronic soundscapes and angelic vocals channeled into actual songs. If you’re looking for a justification of Jon and Vangelis, you’ll find it here in songs like The Mayflower, State of Independence and, in the second edition, I’ll Find My Way Home. Strangely, it was an anomalous homage to film noir, The Friends of Mr. Cairo, that gave the pair their biggest hit single in the US. Featuring the voices of David Coker and Sally Grace, the song references James Cagney, Jimmy Stewart and Peter Lorre before drifting off into Anderson’s recollection of his youth.

“I’ll Find My Way Home” might be my favorite song from the pair, similar to scope and effect to earlier collaborations like “So Long Ago, So Clear” and “I Hear You Now,” although it sounds more like a cross between Petula Clark’s “Downtown” and the theme to the Chariots of Fire. Donna Summers later covered “State of Independence,” so I guess it all balances out in the cosmic scales. “State of Independence” is vaguely spiritual and uplifting. “The Mayflower” is a clever story about space pilgrims.

The remaining songs include a pair of pleasant melodies with what may be stream-of-consciousness lyrics from Anderson (it’s always hard to tell with him) and an unexpected rock & roll number, Back to School, that may be the closest Vangelis has come to channeling the honkytonk hijinx of Keith Emerson. The Friends of Mr. Cairo isn’t a perfect record but it is the perfect excuse to pick up a Jon and Vangelis record. I’d definitely recommend the second edition, since you’ll find yourself playing “I’ll Find My Way Home” more than once.

Composed and arranged by Vangelis. Lyrics by Jon Anderson.

Sleeve by Vangelis and Alwyn Clayden. Photography by Veronique Skawinska.