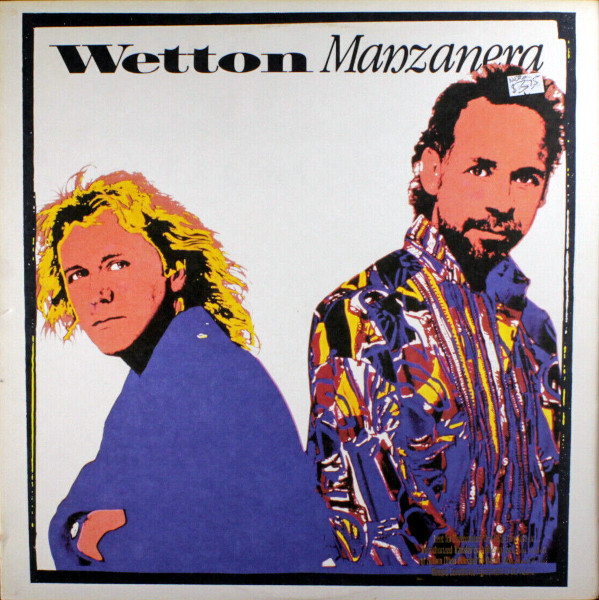 The reunion of Wetton and Manzanera produces surprisingly good results, reminiscent of those Squire/Sherwood collaborations or, you know, Asia.

You can now add Phil Manzanera’s name to the growing list of prog-rock guitar gods (Steve Howe, Steve Hackett) who fell to earth for the folly of the top forty. With John Wetton and Manzanera no longer in the employ of Asia and Roxy Music, respectively, the pair undertook this mercenary adventure. Calling it a merger of Astra and Avalon would be misleading (since Avalon was a far better and different record), but Wetton/Manzanera does succeed at finding middle ground between the pair’s songwriting styles.

There are, as you might expect with Wetton, some love songs that are plainly overplayed (e.g.,“Suzanne,” “Every Trick In The Book,” “Have You Seen Her Tonight?”). Yet you’ll also find something unexpected: crisply produced pop songs with some awfully catchy choruses (“One World,” “Round In Circles”). Remembering that Wetton was coming off the underwhelming (if underappreciated) Astra and Manzanera the lost Explorers, Wetton/Manzanera is better than I expected. Unfortunately, too few people stuck around for this record. Manzanera didn’t have the cachet of a Howe or Hackett, and Asia had effectively burned its bridges with two disappointing records.

It’s a shame that the people most likely to be attracted to this record—prog fans, whose hearts no doubt leaped to see Alan White as the drummer—are also the most likely to be disappointed with its commercial nature. I know, Asia opened the door to all sorts of unnatural prog-eny, but this is no more frightening than latter-day Foreigner. GTR, now there’s a horror.

All songs written by John Wetton and Phil Manzanera.