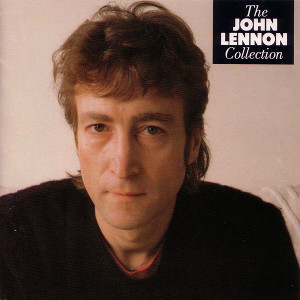 This is the story of a boy what onsatime belonged in a band BEATLES. One day, he met a beautyfull woman, married her and, as a wedding present, they gave the world three minutes of PEACE. The world liked it so much that John and Yoko gave the same gift again for XMAS. Then John decided to be a STAR but, before he could, he needed to stand in the COLD to collect himself. Because the people liked peace but didn’t know how to use it, John and his wife, Yoko, gave the world a new gift, POWER. Sum peeple complained that John and Yoko didn’t have anything pretty to give, so the pear opened up their treasure box and showed them LOVE, IMAGINATION & JEALOUSY. Then everybody was HAPPY. Except John and Yoko. So they decided to live apart from each other to find happiness. John thought he was happy playing GAMES and following his DREAMS, but there was no light in his world anymore, only NIGHT. John and Yoko realized that they were only happy when they were together, so they decided to MOVE back together and STAND BY one another for the rest of their lives. And for five years, they stopped giving gifts to the world, who was always asking for something and never happy with anything anyway, and gave a single special gift to one another, which they called Sean. John loved Sean so much he spent all day with him. At first, peeple waited for John to get bored with Sean, thinking he would come back and give them more presents like in the old days. But he didn’t, and soon everyone forgot about him. Then, one day, a beautiful present arrived from John and Yoko unexpectedly. Inside it were songpictures of everything that had happened in the last five years: how John had loved his BEAUTIFUL BOY, spent his days WATCHING everybody else work, how he felt when he was LOSING his wife, and more. His wife, DEAR YOKO, gave as many as John, even though she couldn’t sing very well. And suddenly, it became clear that John had been busy all this time becoming a man, and with his WOMAN was STARTING a new journey. This was the story of a boy what onsatime belonged in a band BEATLES but now he belongs to the world.

Original LP Version
A1. Give Peace A Chance (John Lennon/Paul McCartney)
A2. Instant Karma!
A3. Power To The People
A4. Whatever Gets You Thru The Night
A5. #9 Dream
A6. Mind Games
A7. Love
B1. Imagine
B2. Jealous Guy
B3. (Just Like) Starting Over
B4. Woman
B5. I’m Losing You
B6. Beautiful Boy (Darling Boy)
B7. Watching The Wheels
B8. Dear Yoko