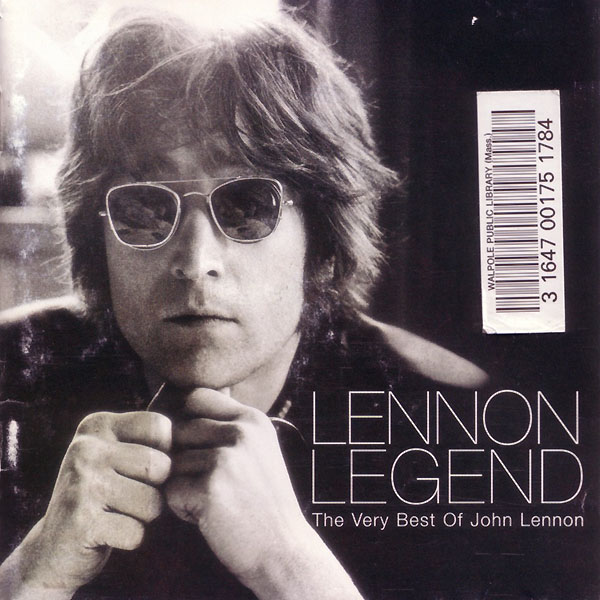 Or the Very Bessie of John Lennon, milked for an ignominious third time by the hired hands at EMI in order to get rid of that picture of a mature John on the cover of Collection and replace it with a picture of John during his dreamy Noel Gallagher phase. Ugh. Of course, I’m not really that upset by the whole thing, since the Lennon legend has been handled by so many people during his life and afterlife. Activist, genius, saint, loving father, abandoned child, faithful husband, philanderer, troublemaker, universal healer, feel free to stop me. Whatever you think of the man (or on the inconceivable off-chance that you don’t think about him at all), the music remains the only constant. Since Shaved Fish, opinion on Lennon’s greatest songs has shifted little. The absence of “Woman Is The Nigger of the World” has less to do with the song’s merits (it’s still one of the greatest things he’s ever written) than our collective discomfort with words. (I’m not sure how quarantining one word in the alphabet atones for anything, but maybe we should have tried squirming uncomfortably when people said “redskin” rather than giving Native Americans land and casino licenses, he wrote in jest.) Lennon Legend also tones down the Double Fantasy lovefest by deleting “I’m Losing You” and “Dear Yoko” from the discussion (thank you) in favor of the later singles “Nobody Told Me” and “Borrowed Time.” The real addition here is the inclusion of “Working Class Hero,” which has long been overlooked on Lennon compilations past and nearly covers the loss of WITNOTW (I’m being lazy now, not socially sensitive). As the great pop pundits of the past have told you, Lennon Legend is the best of the Lennon single-disc compilations. You could count your fingers and toes and come to the same conclusion of course, but then a music critic somewhere doesn’t eat or feed their ego or something. In an interesting move, Lennon Legend was later released in a DVD format with videos to match the music, then as a combined cd/dvd package with bonus DVD material.

Original 2LP Version
A1. Imagine
A2. Instant Karma!
A3. Mother (single edit)
A4. Jealous Guy
A5. Power To The People
B1. Cold Turkey
B2. Love
B3. Mind Games
B4. Whatever Gets You Thru The Night
B5. #9 Dream
C1. Stand By Me (Ben E.King/Jerry Leiber/Mike Stoller)
C2. (Just Like) Starting Over
C3. Woman
C4. Beautiful Boy (Darling Boy)
C5. Watching The Wheels
D1. Nobody Told Me
D2. Borrowed Time
D3. Working Class Hero
D4. Happy Xmas (War Is Over) (John Lennon/Yoko Ono)
D5. Give Peace A Chance