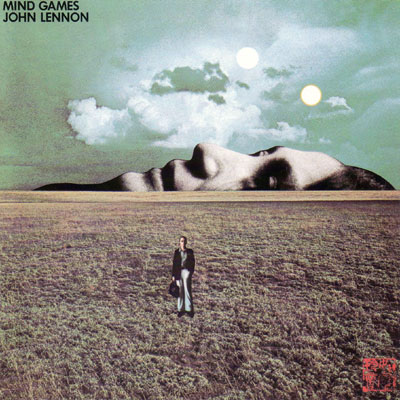 Given the uneven nature of John’s recorded output, this stands as one of his better solo efforts. It’s not the stunning artistic statement of Plastic Ono Band or Imagine, merely a collection of likeable songs that tone down the politics and the pain in favor of pleasing melodies and a certain playfulness. Where “Imagine” was stark and powerful, “Mind Games” is saturated and sweeping; in lieu of the minimalist approach that “Love” took, Lennon offers the chatty “One Day (At A Time).” The title track has since entered the hallowed hall of career keepers, while “Bring On The Lucie” and “Out The Blue” scratch at the door on any given day. The rest of the record is simply pleasant pop (“Only People,” “Intuition”) and affectionate tokens (“You Are Here”), perhaps slightly better than what George and Paul were writing around the same time. Mind Games has been aligned with the lamentable Lost Weekend (a term I’ve always found distastefully trite), a glimpse of which is given in the powerful “Aisumasen,” where John invokes better times (“Oh Yoko!”) in the line “All I had to do was call your name.” Mind Games only offers glimpses of genius like this, but enough of the old Beatles magic sparkles in the seams to make some of these songs feel like minor miracles (at least to the faithful). The only unflattering wrinkles occur on “Tight A$” and “Meat City,” a pair of noisy tracks unbefitting the polished pop around them. Yes, there are better albums from John to choose from, but only a few.

All titles composed by John Lennon.

The Pictures
Cover by John Lennon.