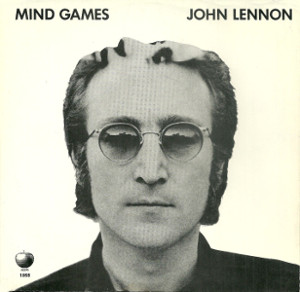 Lost weekend or not, there’s plenty of wisdom to find in “Mind Games.” This may be his deepest idea since “Imagine.”

The music of The Beatles and, by extension, John Lennon has been so over-analyzed, picked at and picked over, that there’s almost no joy of discovery anymore in hearing this music. It’s a shame, since I don’t believe that contemporary listeners will ever experience a “Mind Games” or “Meat City” without immediately being told what it really means, where it really came from and a dozen other annoying realities foisted upon you. Part of the problem, I suppose, is man’s intrinsic need to rationalize everything a posteriori. Genius, they say, is a process, and inspiration is an accumulation.

What I see and hear in “Mind Games” is the hand of God, the author of music and millipedes and everything else. And I wonder sometimes if all of these facts and opinions aren’t like so many silver crosses to ward off the “demon” of a divine will that doesn’t need you or me or John Lennon to make things happen. Then again, it’s 3:30 in the morning, and I probably shouldn’t pontificate after three cups of coffee.