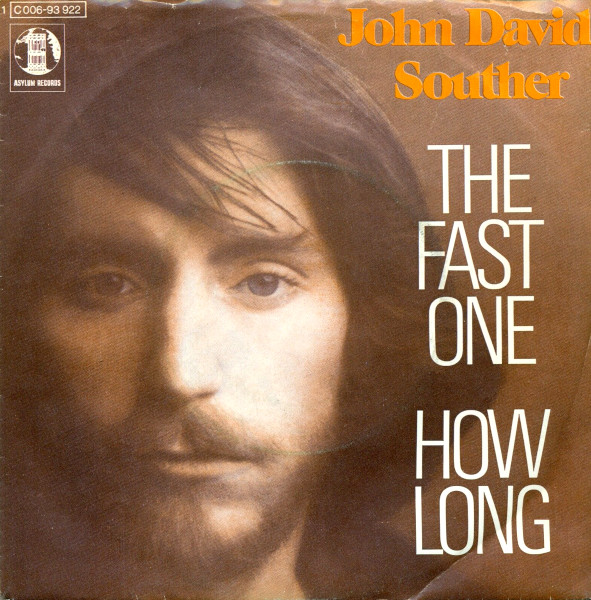 John David Souther’s first album was uniformly good, but there wasn’t a standout single on it like a “Take It Easy” or “Peacful Easy Feelin’.” Instead, Asylum picked two of the livelier tracks, the opening The Fast One and How Long, and hoped one of them would stick. They didn’t, and some radio stations even picked up on the ballad “It’s the Same” (back in the days when DJs could actually play album cuts on the radio).

As much as writing a hit single seems anathema to the creative process, it’s helpful from a product marketing perspective. Without one, John David Souther wasn’t an easy product to peddle, despite Asylum’s efforts to promote the album. Eagles were just getting established and Souther’s connection to the band was relegated to his association with Glenn Frey in the little-known Longbranch Pennywhistle. And so the answer to “how long?” became “a little bit longer.”

*In Germany, the A and B sides were switched.