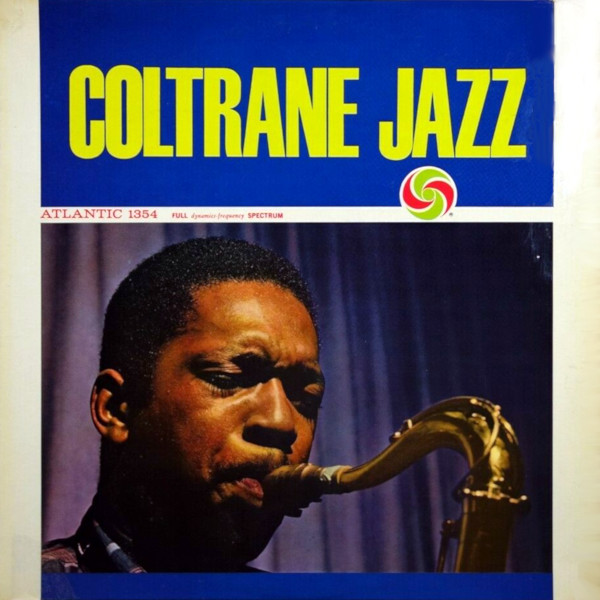 Coltrane steps away from chromatic thirds to make a straightforward jazz album that swings.

After the leap of Giant Steps, John Coltrane took a step back and released an album of “normal” jazz, calling it simply Coltrane Jazz. The album is notable for introducing the new Coltrane Quartet (McCoy Tyner, Elvin Jones, Steve Davis) on one track, “Village Blues.” Although not a groundbreaking album in any sense, Coltrane Jazz features the superlative musicianship that Coltrane fans had come to expect, and includes a fine balance of swinging covers and free-swinging originals.

The record gets off to a great start with a surprisingly sweet version of Hoagy Carmichael’s Little Old Lady, moving now at a much brisker pace and with an unexpected bossa nova ending. Village Blues was recorded with the future Coltrane band (about one year later than the other sessions featured on this album), and the difference between the two groups is immediately felt. Tyner paints where Kelly plays, Jones shuffles on sandpaper shoes and Steve Davis has the unenviable task of filling Chambers’. My Shining Hour is another remarkably bright remake of a dour original (this time from Johnny Mercer), and to say Coltrane makes these songs his own would be an understatement; he completely reinvents them. Side one ends with a mysterious, vaguely Eastern original, Fifth House, featuring one of those Coltrane solos where he completely unravels the melody and then ties it all together again, impossibly, beautifully.

Side two starts with Harmonique, perhaps a portmanteau of harmony and technique, as the song showcases both sides of Coltrane’s genius. Like Sonny, dedicated to Sonny Rollins, has a smooth bossa nova sound that lays the foundation for some amazing soloing. I’ll Wait And Pray, a wartime-era song popularized by Sarah Vaughan, sticks pretty close to the original and is one of the few examples where Coltrane underplays. The album closes with a bouncy original, Some Other Blues, that is fun to listen to if not exactly his most timeless composition.

Although Coltrane made his reputation on avant-garde recordings, he never lost his love for playing the standards. His discography is a back-and-forth between swinging, sentimental recordings and what could only be described as musical epiphanies. Coltrane Jazz is the former; technically accomplished, but more foot-tapping than groundbreaking. You’ll probably want the works around it first (Giant Steps, My Favorite Things, Africa/Brass), but any of the original Atlantic recordings from Coltrane are worth owning.