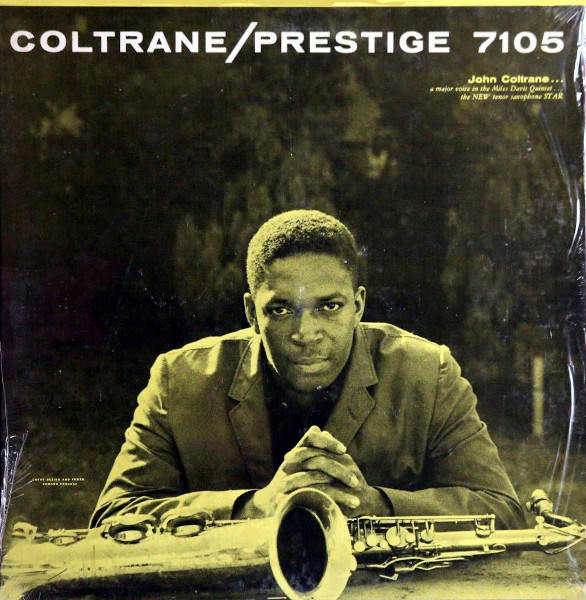 Coltrane’s first session is mostly by-the-books stuff from an artist who would be re-writing the book in a few years.

Kronomyth 1.0: A legend in traning.

You never forget the first time. Unless you’re a recovering heroin addict getting paid what basically amounts to train fare to perform, in which case maybe you want to forget. That was John Coltrane in the waning May days of 1957, holed up in Hackensack, New Jersey with fellow MDQ refugee Paul Chambers, Red Garland and a handful of players who might each have been the next great something at one time or another.

The idea of Coltrane’s first record as a leader is enough to set the senses aflame, so allow me to be the wet blanket: this is not history in the making. Sure, Coltrane’s presence is keenly felt as a soloist—from fluttering notes to a foghorn—but this is mostly by-the-books stuff from a guy who would be rewriting the book in just a few years. The most interesting songs are the two original compositions from Coltrane, “Straight Street” and “Chronic Blues,” which allude to his station as a recovering addict and foreshadow some of the adventurous music to come. The romantic “While My Lady Sleeps” is another highlight. All three tracks feature Mal Waldron, who gets the better of Red Garland on this disc.

A few of the songs on here feature three horns (including trumpet and baritone sax), which would seem unwieldy on the surface, but Coltrane actually uses the three together sparingly and most effectively when stating a short theme. The opening “Bakai” is one of those three-horned songs, a busy cityscape that reminds me of some of Coleman Hawkins’ more modern-sounding compositions. Coltrane wouldn’t hit his stride for a few years; this and some of the other Prestige recordings are baby steps compared to the giant steps of 1960 and after. Given the interest in Coltrane’s music, Prestige certainly got their money’s worth out of these recordings, but I can think of at least half a dozen places where your $15 would be better spent on Trane fare.