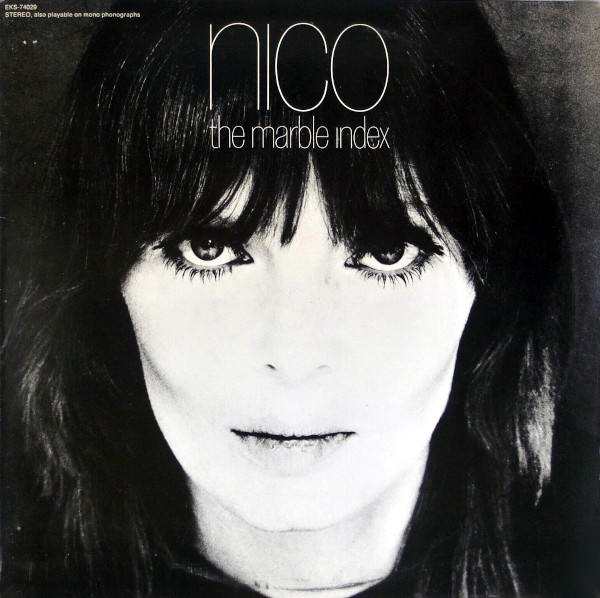 Chelsea Girl’s gothic older sister is dreamy in a dark and different sense.

The first fifty seconds of The Marble Index isn’t really the beginning of anything. Rather, it’s the end of everything you know: a kind of psychological air lock between reality and Nico’s unreal nightmare world. In the next moments, Nico presents the listener with the album’s challenge: Can you follow me? Can you follow my distresses? It’s a serious question, as Nico’s sonic nightmares are not for the faint of heart.

Each song on The Marble Index is a dark dream in miniature: children (or is it us?) hiding from a dancing demon (“No One Is There”), the body of Julius Caesar lying in a bucolic setting (“Julius Caesar”), the mist of history chasing us across the centuries (“Frozen Warnings”), the loneliness of seeking self in the world (“Facing The Wind”). This dreamworld, so alien to us, is disturbingly familiar to Nico. In “Ari’s Song,” the dream-mother/protector conveys her strength to her son with the words “Only dreams can send you where you want to be.”

Nico and her harmonium are the beacon in this dark world populated by John Cale’s furtive shapes and sounds. The use of seemingly extraneous bumps and thumps in the music (e.g., “Lawns of Dawns,” “Facing The World”) gives the impression of an active reality filtered through the subconscious, as if Nico’s body were being moved while dreaming. With a modicum of strings and sounds, Cale creates strange worlds that range from beautifully surreal (“Frozen Warnings”) to crushingly oppressive (“Evening of Light”). As a singer, as a songwriter, as an artist, The Marble Index is Nico’s grand achievement. It remains one of the most frightening monoliths made by man or woman, a poetic Stonehenge of mystery and power.