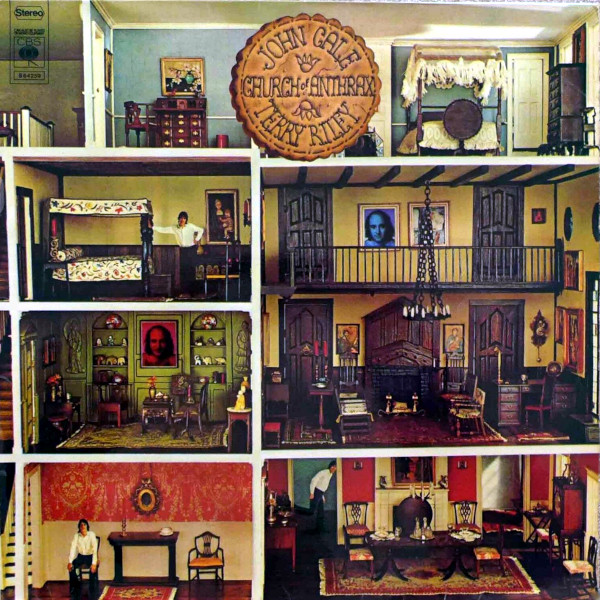 Cale’s collaboration with minimalist composer Terry Riley is a sometimes stunning example of avant-garde music at its best.

The first work that John Cale recorded after his emergence from the Velvet Underground was a collaboration with the minimalist composer, Terry Riley. As it turned out, Church of Anthrax would wait a year to see its formal release, but nearly all agree that it was worth waiting for. The first side of music is one of the most stunning examples of experimental, instrumental jazz/rock on record. “Church of Anthrax” is a shifting mosaic of semi-structured jazz/rock that builds up to an explosive Om. It is at once thought-provoking and lurid, beginning with Cale’s insistent bass guitar riff and adding organ, sax and drums to the magnificent drone of jazz-wise Om. A dying horn and squeaking chair end the piece, pulling the listener quickly back into reality, but not before their vision of music’s possibilities has inalterably changed.

“The Hall of Mirrors in the Palace at Versailles” has been called a proto-ambient piece, and it does seem like a logical precursor to the fixed studies of Brian Eno. Here, sonorous piano notes are clumped together to create a thick fog of sound from which Riley’s horns emerge. Steadily hammered piano notes serve as a mad metronome, while Riley’s sax becomes the focal point, and then a new storm of sounds swirls around us before the entire piece dissipates.

Side two brings a jarring note of normalcy in John Cale’s stilted pop song, “The Soul of Patrick Lee.” It honestly feels like a pop advertisement after the previous two pieces; the effect is stunning, but it’s a complete departure from the previous collaboration with Terry Riley. Patrick Lee turns out to be a sweet anomaly, however, as the pair return to the wide berths of chaos on the last two tracks. Truth be told, “Ides of March” is a long bore, featuring only piano and drums for eleven minutes, and “The Protégé” is exactly what you would have expected from a Cale/Riley collaboration: a  VU backing track with a wrench thrown into it.

Had the Church of Anthrax been contained only to the second side of music, critics would remember it for “The Soul of Patrick Lee” and little else. It’s on the first two tracks that Church’s faithful have built their foundation, and those tracks remain a vital destination for musical pilgrims who would kneel at one of the 70s great altars of alternative rock.

All songs written by Terry Riley/John Cale unless noted.