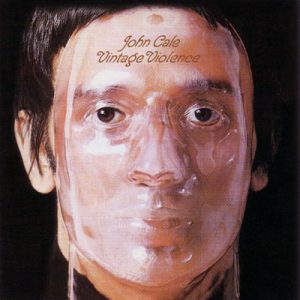 The very definition of disarming, what with that scary title and cover photo. The vintage here is 1969, the vines very possibly rooted in Bob Dylan’s Nashville Skyline, and the taste of Cale introduced in the fermentation process unmistakable. Though it pre-dates the solo music of Brian Eno (the album’s most obvious antecedent), Vintage Violence does sound like Nashville Skyline filtered through Eno’s Warm Jets. You have the rustic playing that slips all sorts of melody into charming arrangements (compare “Bring It On Up” to “Country Pie”), pedal steel guitar and harmonica and organ for commentary, and lyrics that defy easy comprehension or are otherwise artfully artless (“Ghost Story,” “Please”). The effect that Vintage Violence had on the rock music scene? Well, I couldn’t tell you. I was only five years old, and I suppose some of this must have filtered into artier quarters, from Roxy Music to Hawkwind to Yoko Ono. And anyone who had artistic aspirations, an ear for good melodies and a limited voice likely took some inspiration from Vintage Violence. But I suspect that many future songwriters learned these lessons secondhand from artists like Eno. If Cale owes anyone a debt, it’s probably Brian Wilson (whose lush production hand is evoked on “Gideon’s Bible”). As much as Vintage Violence has an offhand charm, the songs exist as self-sustaining vignettes. Each has its own peculiar personality; a piano hammered aggressively on “Hello, There,” an island lilt to “Cleo.” The 2001 CD reissue includes a nearly identical version of “Fairweather Friend” and the droning viola piece “Wall,” which some critics have mused brings the disc full circle through Cale’s musical world. Vintage Violence is an important work, for reasons very different than I first imagined. It establishes John Cale as a new and vital source of musical ideas, separate and distinct from what he achieved with Velvet Underground (the same couldn’t be said for Lou Reed initially). If you enjoy Brian Eno at his most unguarded (“I’ll Come Running,” “On Some Faraway Beach”), you’ll find the source for some of it here.

All songs written by John Cale unless noted.

The Pictures
Cover photo by Isi Valeris. Photos by CRPS. The woman pictured on the back cover of the album is Betsey Johnson, John’s wife. They would divorce in 1969. Or 1968 or 1971. Apparently, the Cales weren’t the only ones who could’t agree on things. (Internet, I’m looking at you.)