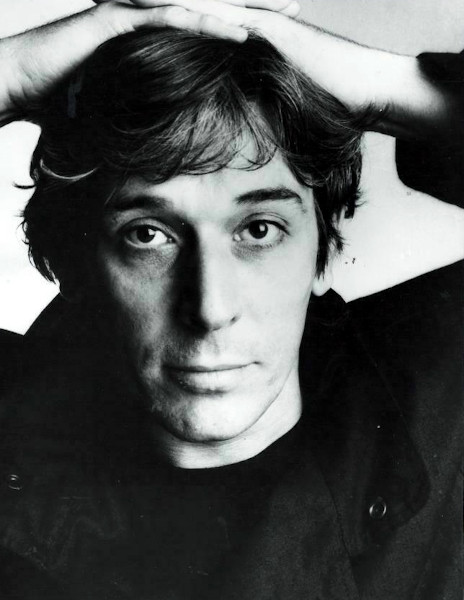 John Cale was the most unconventional member in one of the world’s most unconventional rock bands, Velvet Underground. While Lou Reed was the leader and Nico (at least initially) the beacon, Cale’s droning, dissonant violin/keyboards and classical training gave their music an artistic credibility that elevated it above nearly anything else being made at the time. One had the sense that Cale was a deliberately placed wrench, an intellectual counterpoint that gave Reed’s visceral songs about strung-out antiheroes an air of madness. Yet VU never seemed like the proper outlet for Cale’s peculiar genius, a point his solo career has since confirmed.

The musical career of John Cale is a story of surprises. His first album, Vintage Violence, was a relatively normal collection of pop songs that showed Cale had both a serviceable voice and a sense of humor. It was a calculated departure from the music of VU, however, that likely bewildered listeners with its low-key charm. Bewilderment turned to chaos on the Terry Riley collaboration, Church of Anthrax, which featured groundbreaking proto-ambient jazz/rock. While challenging, Anthrax was at least more in line with the avant-garde music that fans expected from Cale, and has since been accepted as a minor classic in the musical canon.

On The Academy In Peril, Cale showcased his classical side with the help of the Royal Philharmonic Orchestra, while still sneaking his subversive sense of humor into the mix. Together, Anthrax and Academy confirmed the long-held suspicion that Cale was a musical iconoclast of the highest order. Subsequent albums have alternated between the genteel pop of Violence (e.g., Paris 1919), rock (Fear) and classical, the latter often in the form of film scores.

Although Cale has never enjoyed the commercial success of Lou Reed, his career has had an impact on artists as varied as Brian Eno, Penguin Cafe Orchestra and Camper Van Beethoven. Cale has also produced notable acts including Patti Smith, Nico, Squeeze and The Stooges. At some point in the (hopefully) not too distant future, a John Cale renaissance would be welcome and warranted.

JUNE 1, 1974 (1974)
Live tracks: Driving Me Backwards / Baby’s On Fire / Heartbreak Hotel / The End // May I? / Shouting In A Bucket Blues / Stranger In Blue Suede Shoes / Everybody’s Sometime And Some People’s All The Time Blues / Two Goes Into Four. Co-credited to Kevin Ayers, Brian Eno, Nico and The Soporifics and released on elpee in 1974 in the US (Island, ILPS 9291).

WORDS FOR THE DYING (1989)
The Falklands Suite: Introduction / There Was A Savior / Interlude I / On A Wedding Anniversary / Interlude II / Lie Still, Sleep Becalmed / Do Not Go Gentle Into That Good Night / Songs Without Words: Song Without Words I / Song Without Words II / The Soul of Carmen Miranda. Released on elpee and CD in September 1989 in the US (Opal/Warner Bros., 26024). Re-issued on CD in 1992 in the UK (All Saints, ASCD09) and on September 23 ,2000 in the US (United States of Distribution, 245).

FRAGMENTS OF A RAINY SEASON (1992)
A Child’s Christmas In Wales / Dying On The Vine / Cordoba / Darling I Need You / Paris 1919 / Guts / Fear / Ship of Fools / Leaving It Up To You / The Ballad of Cable Hogue / Thoughtless Kind / On A Wedding Anniversary / Lie Still, Sleep Becalmed / Do Not Go Gentle Into That Good Night / Buffalo Ballet / Chinese Envoy / Style It Takes / Heartbreak Hotel / (I Keep A) Close Watch / Hallelujah. Released on compact disc and cassette on October 2, 1992 in the US (Hannibal, 1372).

N’OUBLIE PAS QUE TU VAS MOURIR (1995)
The Pianos Part I: Welcome To Europe – Everybody’s Cold Sometimes – A Snake In China? – First Train To Heaven – Martyrs And Madmen – Take A Deep Breath / The String Quartets: Never Seen Anything So Beautiful – Angels In The Cloud – Madonna’s Blues – Sunflower Fields 0 Al Dente – Hadrian Was Here – Kiss Me Once More My Love – Alive At Dawn / The Pianos Part II: Skin In The Mirror – Who Said Love’s Safe? – 100% Pure – Do Not Forget – -Last Train To Bosnia – Gold And Crimson – So Far So Good. Soundtrack released on compact disc in 1995 in Belgium (Disques de Crepescule, TWI-1028).

SOMEWHERE IN THE CITY (1998)
Martha And Frankie / Love Scene / Pennywhistle / Drive Up To Robbery / Martha And Frankie (Reprise) / Indistinct Notion of Cool. Soundtrack released on compact disc in August 1998 (Velvel, 79717).

LA VENT DE LA NUIT (1999)
On The Road To Portfino / At The Boats / Naples / On The Road To Turin / Turin At Night / The Seine At Night / Suicide 1 / Truck Parking Lot At Night / On The Road To Germany / Waiting / Thinking And Acting / Suicide / President Y Is Still Stable / B. Calls / Darkness On The Delta / What Mrs. Ives Said To Mr. Ives / My Piano Thanks You For Visiting. Soundtrack released on compact disc in March 1999 in France (Les Disques du Crepuscule, TWI-1083).

STAINLESS GAMELAN: INSIDE THE DREAM SYNDICATE VOLUME III (2002)
Stainless Steel Gamelan / At About This Time Mozart Was Dead And Joseph Conrad Was Sailing The Seven Seas Learning English (Part 1) / Terry’s Cha-Cha / After The Locust / Big Apple Express / Cold Starry Nights / Silent Shadows On Cinemaroc Island. Archival music released on compact disc on January 22, 2002 in the US (Table of the Elements, 80).

NEW YORK IN THE 1960s (2005)
Sun Blindness Music / For Organ: Sun Blindness Music / Summer Heat / For Guitar: Summer Heat / The Second Fortress / For Vox Organ: The Second Fortress // Dream Interpretation / Ex-Cathedra / Untitled (For Piano) / Carousel / A Midnight Rain of Green Wrens At The World’s Tallest Building // Stainless Steel Gamelan / At About This Time Mozart Was Dead And Joseph Conrad Was Sailing The Seven Seas Learning English (Part 1) / Terry’s Cha-Cha / After The Locust / Big Apple Express / Silent Shadows On Cinemaroc Island. Compilation released on 3CD box set on May 9, 2006 in the US (Table of the Elements).