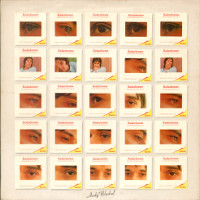 John Cale had released an album of pop (Vintage Violence) and proto-ambient jazz (Church of Anthrax), so what for an encore but an album of minimalist classical music? In a sense, The Academy In Peril completes the triumvirate of tastes that constitute the complete John Cale experience: genteel, experimental and classical. The classically trained Cale had yet to showcase his formal training on record. In VU, he was the iconoclast alternating between drone and a saw cutting through bone. On Violence, he was an aspiring pop star. On Anthrax, he was a noisemonger. Here, we finally meet the trained classicist, with the Royal Philharmonic Orchestra no less, starring as both serious composer and silly saboteur, minimalist and sentimentalist. The opening track, “The Philosopher,” sets the tone with the first of many unexpected surprises: minimalist with a side of foot-stompin’ Cajun slide that could best be described as Americana avant garde. “Brahms” is one of several solo piano pieces, here featuring an interesting mix of resonance and dissonance. “Legs Larry at Television Centre” is a brilliant satire of serious classical music, with Legs Larry Smith providing crude director’s commentary for an imagined filming, including several admonishments for the sound crew to mind their boom. “The Academy In Peril” is another piano piece, this time sublime in effect. “Intro/Days of Steam” starts with a wild intro that leads into a lovely childlike mix of unorthodox instruments, an approach that will sound immediately familiar to fans of Penguin Café Orchestra. (Really, you have to wonder if Cale wasn’t the example that E.G. Records patterned itself after, give the affinities to Eno, PCO, Harold Budd, etc.) The “3 Orchestral Pieces,” featuring the RPO, are the album’s classical pedigree, and reveal a keen sense of dark and light imagery. “King Harry” is whispered genius at the edge of reason; Cale would repeat the experience on Paris 1919 with “Antarctica Starts Here.” “John Milton” closes the album with eight minutes of alien beauty that likely had an effect on the later ambient music of Brian Eno. The Academy In Peril rarely tries the same trick twice, and demonstrates a surprisingly rich sonic palette, a point made more manifest when you consider how different it is from the preceding two efforts. More importantly, it reveals that Cale has ever been capable of playing the straight classical card (albeit with plenty of boobytraps), which makes the calculated musical choices that Cale has made up until now even more impressive. If one album can be said to establish once and for all the genius of John Cale, this is it.

All selections written by John Cale.

The Plastic
Released on elpee in 1972 in the US (Reprise, MS 2079) with gatefold diecut cover.